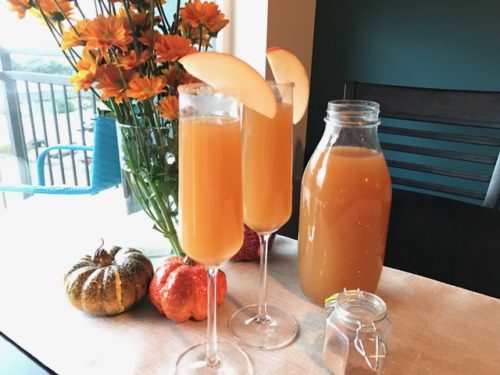 2 tbsp. sugar (can use sugar substitute)

**VERDI!! This is available at most liquor stores and I just checked the Spirit of 76 liquor store in Manasquan carries the regular as well as a flavored. Verdi is made from grapes in Italy however is considered a malt. We have used it for many years as a substitute for champagne. It has been the economical choice at weddings and celebrations. If using the small bottles, one will be enough for two drinks. Anyone who doesn’t care for the dry taste of champagne absolutely LOVES Verdi! Great for mimosa’s with traditional OJ or at Christmas with cranberry called a poinsettia.