Age Is Just A Number 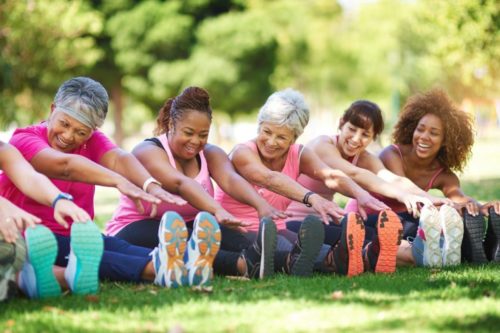 Five years ago I was 68-1/2 and not aging well. Thoughts of my parents early passing weighed heavily on me. My mother passed away at 42. My father passed away at 46. Subconsciously, I felt that health and fitness should always be a priority for me because of this loss.

I love to exercise. I have always gone to the gym. I’ve always done my best in making good food choices. My menopause came at 55.  Regardless of my exercise routine, strict diet and attempts at appearing positive, I gained weight. I felt a loss of energy. Felt bloated. Felt uncomfortable, most of the time. I wore sweats a lot. I was beginning to feel, look and act matronly. I was collecting unemployment for the first time since graduating from high school. I went to Weight Watchers and even lost 1 or 2 pounds.

In mid-November 2013, a girlfriend of mine, invited me to join her in a Nutritional Cleansing lifestyle program that is also a vehicle for financial security through networking.  I reluctantly agreed to go with her to an event. I officially started my new lifestyle on December 1, 2013 – holidays and all.

By January 1st, 2014 while so many people around me  were feeling pretty miserable and lethargic, I was already beginning to release pounds and inches.  My body was completely “de-toxed” – probably for the first time ever. That bloated, uncomfortable feeling was gone. I was releasing toxins and inflammation!

In a very short period of time, I had released 11 pounds and 23 inches.  My energy was, and remains, vibrant. My sleep was, and continues to be, restful.  Now, five years later – at age 73, I am continuing to build lean muscle mass. I have more energy and strength now, then I had when I was 43.  I now know that age is just a number!

My name is Carol Wilson.  I invite you to share with me, my journey to wellness and a more complete and satisfying life for you and those you love.