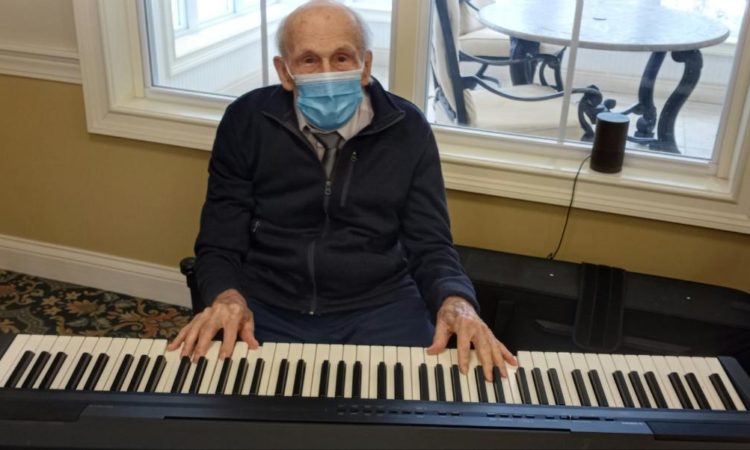 Frank’s first and enduring love is playing the piano. At the young age of six, a piano teacher visited his home to give him lessons for just $1/hour. He learned all types of music but mostly focused on classical music and some jazz.

Although Frank never played the piano professionally, he took part in his high school orchestra and provided entertainment for various wedding receptions.

In 1942 he was drafted into the Army and served in the Medical Department where he continued to work with his hands to become a medical and surgical tech. After serving,  Frank went to Minnesota University to study Pharmacology then worked for Hoffman +  Roche as a Pharmacologist.

Following 93 years of living in the home where he first learned piano, Frank moved to  Sunnyside Manor where he began physical therapy. He worked with the staff on his strength, stability and dexterity by gently walking with a therapist, who followed behind with a wheelchair for safety purposes. He and the staff also worked on hand exercises to be able to play again without discomfort. After much hard work, he was able to successfully walk to the piano and play the keys after so many years away. 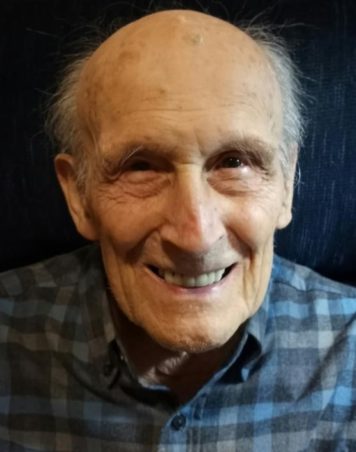 “Frank is our resident Piano Man! He brings so much joy to our Friday happy hours. He worked so hard in physical therapy and now we’re all able to enjoy his talented skills.”  says MaryEllen Keane, Vice President of Sunnyside Manor in Wall Township.

John F. Keane, Jr., Vice President of Sunnyside Manor goes on to say, “This is a great example of our staff’s perseverance in creating person-centered care for each individual at Sunnyside Manor. Our Physical Therapy and Activities departments worked closely  together to make Frank’s wish come true of playing the piano again.”

Sunnyside Manor, which has been owned and managed by the Keane family for over  25 years, expanded and relocated to Wall, NJ in 2015. Sunnyside has been providing care in the area for over 100 years. The new Sunnyside Manor provides a continuum of care in three distinct neighborhoods: Independence ‘Plus’ Assisted Living, Recollections Memory Care and Skilled Nursing. For more information, call 844-388- 6069