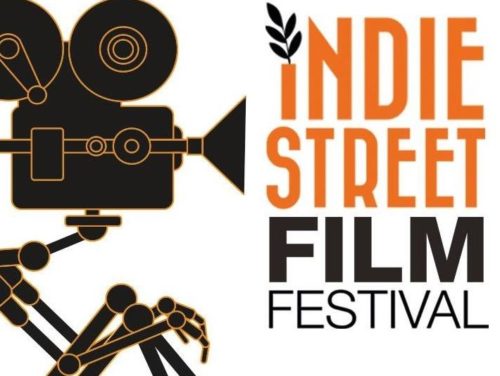 The Indie Street Film Festival (ISFF) proudly announced its feature film lineup. The opening night selection for its 2019 festival is GAY CHORUS DEEP SOUTH (a 2019 Tribeca Film Festival official selection). The documentary film follows Conductor Tim Seelig and 300 singers in the San Francisco Gay Men’s Chorus as they embark on a tour of the Deep South in 2017 to confront a resurgence of faith-based anti-LGBTQ laws brought about in the Trump era. Director David Charles Rodrigues is a Greek-American-Brazilian filmmaker and equal rights activist. He’s a Sundance New Frontier and Documentary Lab fellow. Gay Chorus Deep South is his feature debut. The film will be followed by a live musical performance by members of the Monmouth Civic Chorus.

INTERNATIONAL FALLS, by Amber McGinnis, will close the festival. INTERNATIONAL FALLS tells the story of a woman (Rachael Harris) stuck in a small, snowbound border town who has dreams of doing comedy when she meets a washed up, burned out comedian (Emmy Award-nominated Rob Huebel) with dreams of doing anything else. The screening will include a special comedy performance by actor/comedian Erik Griffin (I’m Dying Up Here), also featured in the film.

Nearly a dozen feature film selections have been revealed as part of ISFF’s 2019 lineup. Among these are notable films from Tribeca Film Festival including the New Jersey Premieres of Ani Simon-Kennedy’s SHORT HISTORY OF THE LONG ROAD and S. Leo Chiang’s OUR TIME MACHINE, films from Sundance Film Festival such as Kirill Mikhanovsky’s GIVE ME LIBERTY and DIVINE LOVE from Brazilian filmmaker Gabriel Mascaro, and others including the east coast premiere of David Lee Morea’s WE ARE MERMAIDS, Erin Derham’s STUFFED (SXSW Selection), Karen Winther’s EXIT (DOC NYC Selection), and the New Jersey Premiere of the Brooklyn Film Festival award-winning documentary, SANCTUARY, directed by Andrea Cordoba.

Each year the Indie Street Film Festival also focuses on discovering talented filmmakers local to New Jersey. This year ISFF has selected 15 short films from NJ filmmakers, and for the second straight year, it is including a Jersey Spotlight feature film. This year’s selection is YES from Rumson native Rob Margolies, who is also an ISFF alumnus. The film stars Nolan Gould from Modern Family and is an adaptation of Tim Realbuto’s critically acclaimed Off-Broadway play.

Indie Street Film Festival’s artistic director, Jay Webb says this film program “is a wonderful representation of how the arts, film, and music can be so important to finding common ground between people with differing perspectives…that is what our film festival is about.”

The festival’s director of programming, Natalie Gee, feels it is essential to offer a diverse program of films and filmmakers. The 68 films that are being presented at this year’s ISFF come from 15 different countries, and 48% of the films are creations by female directors. Along with 12 feature films, ISFF presents 56 short films from around the globe that will be screened within 8 uniquely crafted programs.

“For 2019, Indie Street is celebrating the underdog, the boundary pusher and those putting everything on the line to take destiny into their own hands.” Explains Gee. “We’re cheering on this year’s filmmakers for exploring cultural and moral shifts…for creating honest stories about gender, age and identity with stunning and heartfelt results.”

The festival screens films at Bow Tie Cinemas, Two River Theater, and Detour Art Gallery, showcasing some of what makes Red Bank one of the best arts towns in the state. This year at ISFF, the team has also partnered with select local restaurants and breweries in order to showcase what some of the artisan beer makers in the area have been creating, as well as advancing the hyperlocal feel to the event. Red Bank Rivercenter is a major sponsor of Indie Street, and executive director Jim Scavone thinks that “it’s just wonderful that our 2 new breweries in town, Red Tank and Triumph Brewing Company, are both so supportive of the arts and involved with community events like Indie Street. The festival gets to introduce the incoming film crowd to some of our local crafts and food, so the whole 5 days ends up being a nice boost for our local economy.”

The winning films will be selected by a jury consisting of industry gurus, including Derek Nguyen from Gamechanger Films, Pamela Nemoto from Tribeca Film Festival, Larisa Apan from the Hamptons International Film Festival, local documentary filmmaker and ISFF alumnus Robin Kampf, Maya Annand from Cohen Media Group, and Denae Peters from Picture Motion. The award-winning filmmakers will be honored during a ceremony at Oyster Point Hotel on Sunday, July 28th at 5 pm.

For a complete schedule of programming, including short film selections, and to purchase festival passes, please visit www.indiestreetfilmfestival.org. ISFF offers 5-day Film Buff passes for $99.00 that grant access to all films and panel discussions and 5 day all-access VIP passes for $179.00 that include all parties, art events and open bars from participating sponsors. Individual Film Tickets went on sale on July 5th.

ABOUT INDIE STREET INSTITUTE: INDIE STREET INSTITUTE is a non-profit organization formed to create interactive art & film experiences that challenge people to connect with and be inspired by new ways of thinking. The organization’s flagship event, THE INDIE STREET FILM FESTIVAL, brings the most talented storytellers from across the globe to the screens of Red Bank, NJ. Born from a cooperative of filmmakers, Indie Street Film Festival combines top-notch independent cinema with industry discussions, live art and music experiences, and social gatherings that look to spark important conversations within our diverse communities. For more details on festival events: http://www.indiestreetfilmfestival.org