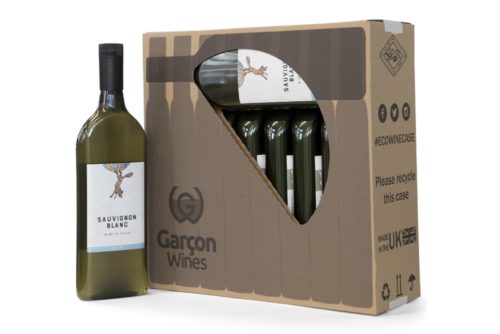 Wine may soon be distributed in flat plastic bottles, in an effort that could reduce carbon emissions and costs in the industry’s supply chain, reports The Guardian. The flat bottles are an alternative to the glass model that remains unchanged since the 19th century. The global wine industry is estimated to use more than 35 billion glass bottles a year and transportation involves large volumes of unused airspace.

Garçon Wines, which launched in 2017, claims its bottle was the first that could be mailed through a letterbox. Until now it was only used for novelty gifts, but the company said it was in talks with wine manufacturers and suppliers about producing the bottles on a larger scale.

Made from recycled materials, the bottle has a plastic cap, making recycling easier. It takes up 40 percent less space and is 87 percent lighter than conventional bottles. The company’s carton for 10 flat bottles would hold only four glass bottles of the same volume. The recycled plastic used for the bottles was safe and did not affect the taste.

The company said it used technology that reduced the ingress of oxygen into the bottles for about a year.Extrapolating figures from a study by the government’s waste advisory body Wrap, an 87% weight saving in a wine bottle would reduce carbon emissions by more than 500g per bottle.