What Amazing Improvements Can You Expect with the Release of Wi-Fi 6 on Verizon FiOS? 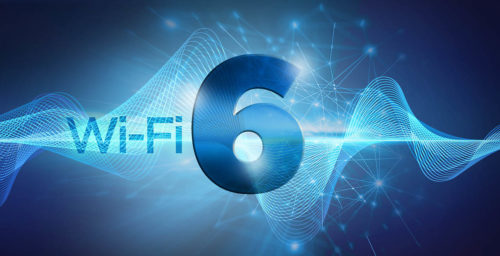 We typically take our wireless connections for granted. As long as our Wi-Fi router is working and keeping us connected to the internet, then we don’t expect a lot more from it. But with the newly released Wi-Fi 6 you have several things to get excited about.

The standard we’ve been using for about the past 5 years is Wi-Fi 5 (802.11ac), which was first released in 2014. Some of the improvements it brought were signals that were less prone to interference than its predecessor and the ability to transmit data on multiple spatial streams, which helped when setting up a network with multiple devices.

With the update to Wi-Fi 6 (802.11ax) which was just released on September 16, 2019, you’re in for a “double whammy” of upgrade benefits because it’s not just the wireless standard that’s been updated, the security protocol it uses has also received a long-overdue update.

WPA2 is the security protocol that’s been used by wireless device connections since July of 2004. This 15-year old standard has also been updated in conjunction with Wi-Fi 6, and the new WPA3 protocol offers significant security enhancements for your wireless connections.

What types of benefits are going to make it worth upgrading your office wireless router to the 6thgeneration? Read on for a rundown of what to expect.

Some are calling the introduction of Wi-Fi 6 with the WPA 3 security protocol the “biggest revolution in Wi-Fi ever.” If you like speed, security, and stronger signals when multiple devices are connected, then you may agree. You can read the benefits below and judge for yourself.

Data Transfer speeds are projected to be 40% higher with a Wi-Fi 6 router, offering faster data transfer rates without needing to upgrade your internet plan.

The technology does this due to a few different types of improvements:

Are you appropriately paranoid that someone is spying on your internet session when connected to a free Wi-Fi at the airport? All that is going to change. The WPA3 security protocol brings with it some of the biggest improvements you’ll see in Wi-Fi 6, and it’s one of the main reasons to consider an upgrade.

The key management process for encryption is improved through the use of SAE (Simultaneous Authentication of Equals). In laymen’s terms, this means that encryption keys are now session-based, so a hacker can no longer work offline to try to hack a public network’s keys.

There will be no more ability to spy on someone else’s traffic when connected to the same public hot spot. Improved security now encrypts user traffic, even when on a network with a shared password.

Another security improvement is for smart devices, also called “headless devices” because many don’t have a screen. They’ll be able to connect more easily to Wi-Fi 6 and will be more securely configured.

By 2020, it’s expected that each person will have 6.58 internet-connected devices. As more of our daily gadgets require that constant Wi-Fi connection, routers have become overwhelmed. That’s why Wi-Fi 6 was designed with some significant device handling improvements.

An improved MU-MIMO (multi-user, multiple input, multiple output) mechanism allows more individual streams to accommodate more devices. There is currently a 4-stream capacity with Wi-Fi 5, and that doubles to 8-stream with Wi-Fi 6.

The ability to divide a wireless channel into multiple subchannels is another way that Wi-Fi 6 improves individual device connections even when in a crowded area with a lot of devices vying for a connection.

If you wish your mobile devices had a longer battery life, that’s another area where Wi-Fi 6 is going to help. It uses what’s called Target Wake Time (TWT) which allows your devices to set pre-scheduled check-in times instead of needing to constantly check in with the router. This reduces the drain on your device batteries for power savings and longer times between recharging.

Get Help Upgrading Your Office to Wi-Fi 6

With the speed, performance, and security improvements, Wi-Fi 6 can offer a lot of advantages to your office. Two River Computer can help you with an upgrade and get your new, faster connection up and running in no time.

Contact us today for a smooth wireless setup and enjoy a more secure and efficient Wi-Fi. Call 732-747-0020 or reach us online.

How Population is Changing The Real Estate Market

Buying Foreclosed Properties…Deal Or NO Deal