Vitamin D And The Risk Of Breast Cancer 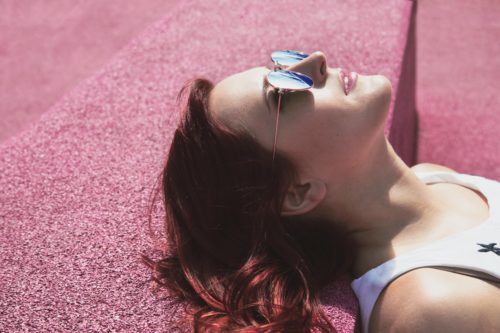 With the exception of skin cancer, breast cancer is the most common form of cancer among women – the disease claims the lives of about 41,000 women every year in the United States. There is mounting evidence that maintaining healthy vitamin D levels can protect against a variety of diseases, especially breast cancer.

The U.S. Centers for Disease Control and Prevention (CDC) reports that women are at increasing risk for breast cancer as they age, and notes that the average age of diagnosis for women is 61. According to a new study conducted by researchers at University of California San Diego School of Medicine—published in June in PLOS One—which involved more than 5,000 post-menopausal female participants over 55 (average age: 63) showed that higher levels of vitamin D are linked with decreasing risk of breast cancer.

The study suggests that the minimum vitamin D blood level for protective health benefits is 60 nanograms per milliliter – exactly three times the 20 ng/mL amount recommended in 2010 by the National Academy of Medicine.

Maintaining optimal levels of vitamin D appears to result in a substantial health dividend – participants with blood levels above 60 ng/mL had one-fifth the risk of breast cancer when compared to women with levels of under 20 ng/mL. The study shows a strong association between vitamin D levels and reduction in breast cancer risk. The team found that women with vitamin D levels of at least 38 ng/mL were 21 percent less likely to develop cancer, when compared with women who had levels of 24.6 ng/mL or less. (Note: a measurement of under 20 ng/mL of vitamin D is considered a deficiency).

Researchers also found that taking a vitamin D supplement at least four times a week could cut cancer risk by 11 percent—this association was even more pronounced in post-menopausal women. Supplement use in this group was linked to a 17 percent reduced risk for breast cancer.

Not only can vitamin D help prevent cancer, but actually lead to better outcomes in those who develop the disease as a study published in JAMA Oncology stated, breast cancer patients with the highest blood serum levels of vitamin D had the highest likelihood of surviving the disease.

Vitamin D is produced in the skin in response to sunshine, you can raise your level by getting twenty minutes of direct sunlight three times a week. You can also boost your level with diet— eggs, cold-water fatty fish, organic mushrooms, soy and raw dairy foods. However, supplementation with vitamin D3 may be necessary in order to achieve optimal blood levels.

Experts advise vitamin D3, or cholecalciferol, over the D2 form of the vitamin as it has been found to be 87 percent more effective when it comes to raising blood levels.

The National Academy of Medicine recommends that adults take 600 IU of vitamin D3 a day, yet many health experts advise higher dosages because in order to reach the recommended concentrations of 60 ng/mL, most people need to take between 4,000 and 6,000 IU of vitamin D a day.

Obviously, before taking vitamin D, consult your doctor – who can advise a dosage that is right for you and get your vitamin D levels tested periodically.

As research continues to show, vitamin D has a major role to play in cancer prevention. Maintaining optimal levels might be one of the most important things you can do to protect yourself against this life-threatening disease.