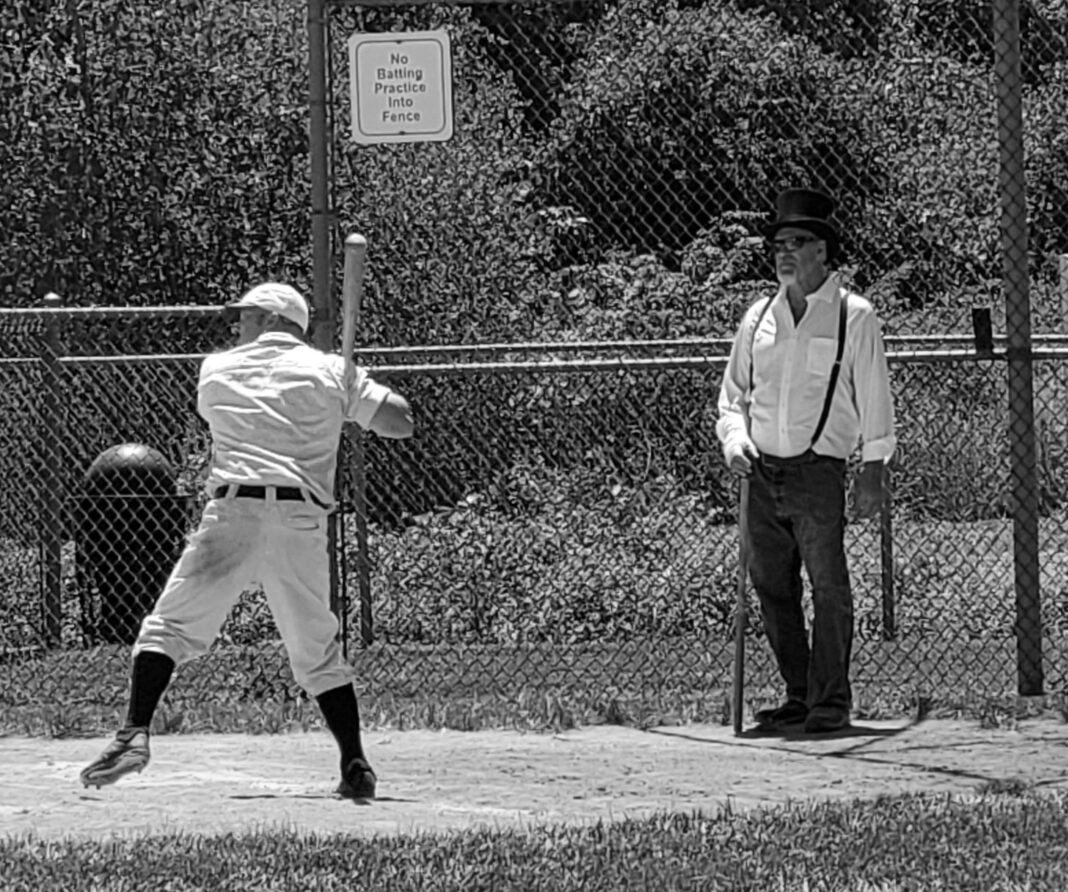 On Saturday, July 30, 2022, some one-hundred people walked through the gates of Firemen’s Field in Atlantic Highlands, NJ and were transported back to a more genteel time.  The Atlantic Highlands Historical Society, under the leadership of Alice Kupper, held their 5th annual Vintage Baseball game with the home team, the Monmouth Furnace, battling the Elizabeth Resolutes.

Prior to the two teams engaging, there were games for children and adults, like the Great Water Balloon battle which turned into a free for all of laughter and hijinks as adults and children gleefully watered one another down.  There was the water bucket relay, called Sponge Bob, where participants carried soaked sponges from a full pail of water to an empty one.  The team that filled their bucket first won the game. There was corn hole, Jenga and more, to keep everyone entertained.

All of the while, an organ pumped out top songs from the late 19th century, setting the ambiance for the big game. 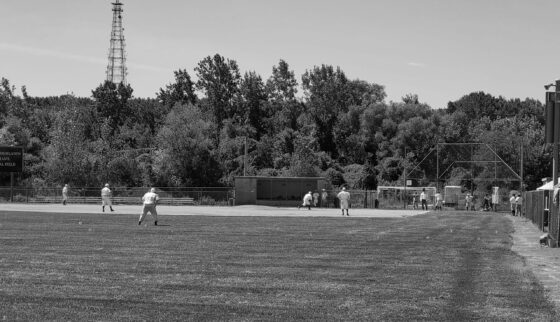 At 11:30 AM, there was the coin toss, and the Elizabeth Resolutes were first at bat.  Both teams are members of Mid-Atlantic Vintage Baseball league.  The league boasts 22 teams across multiple states, with a regular schedule of games just like modern major league baseball.  However,  the game is played by Rules and Regulations Adopted by the NATIONAL ASSOCIATION OF BASE-BALL PLAYERS Held in New York December 9, 1863 (1864 rules.) 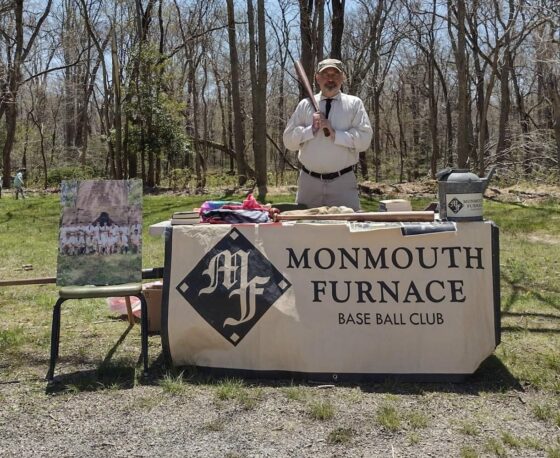 The team uniforms all conform to baseball of 1864 as well as the language and terms.  For example, a turn at bat is referred to as a “Hand”.  An Out is called a “Hand Out”.  The players have colorful nicknames like, “Soup”, “The Professor”, Dapper Dan and “Doc.”

As the Monmouth Furnace stood their ground the crowd went wild for every hit and every play that the home team made against their rivals.  Parents used the game to teach their children about the sport and hot dogs and sodas seemed to be in everyone’s hands.  Laughter and cheers, along with organ music filled the air.

The game ended with the Resolutes putting out the Furnace 16-4.  As the players went back to their dugouts, the crowd lingered, laughing, and joking, strangers becoming fast friends and talking about the next events to be hosted by the Atlantic Highlands Historical Society.

The Society has a full schedule of events that can be found on their website: http://www.ahhistory.org/events

For more information about the Mid-Atlantic Vintage Baseball League go to:

To attend a Monmouth Furnace game, you can view the schedule here: https://www.monmouthfurnacebaseball.org/schedule

Share
Facebook
Twitter
Email
Print
Previous articleWhat Is Spirituality In Business?
Next articleItaly Is An Ocean Away, But It Just Got A Lot Closer To The Shore…