The Stone Pony Is Launching A Custom Crafted Lager 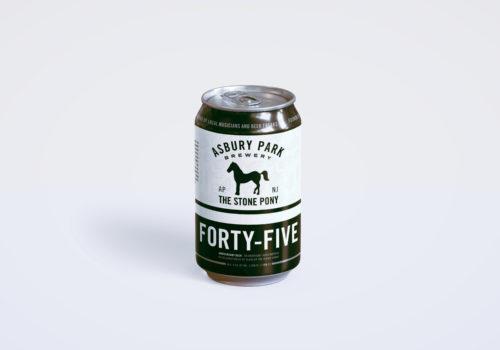 The Stone Pony opened its doors in February of 1974 and since has earned the designation as one of the greatest rock-and-roll venues of all time. The Pony has played host to iconic local and national musicians, from Southside Johnny and the Asbury Jukes, to Bon Jovi and Bruce Springsteen. To celebrate their 45th “sapphire anniversary,” The Stone Pony has teamed up with musician-turned-brewer Jeff Plate, founder of Asbury Park Brewery, to produce a one-of-a-kind craft beer that would help to tell the story of The Stone Pony. 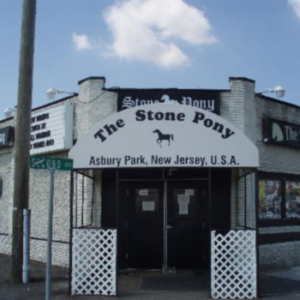 Over a multi-week process, Plate worked closely with The Stone Pony General Manager Caroline O’Toole to put together a unique flavor profile that embodies The Stone Pony, the spirit of Asbury Park and its popular music scene all in one. “We collectively chose a traditional American lager—inspired by the most popular style of beer when The Stony Pony opened their doors and added a modern twist,” says Plate. “The result is an American lager, dry hopped with a few different hop varieties, one being a Saphir hop to commemorate the sapphire symbolism of the 45th anniversary.”

The Stone Pony Forty-Five can be described as a traditional American Lager, featuring a complex malt body complimented by a hop profile offering notes of citrus and pine. This lager is dry hopped to add a pronounced fruit aroma and subtle bitterness, creating a finished product as unique as the venue itself.  With a lower ABV level of 4.5%, The Stone Pony Forty-Five is a beer designed to comfortably enjoy throughout a concert. The bold, black and white can features the iconic Stone Pony logo along with the Asbury Park Brewery’s signature tag line, “Founded by Local Musicians and Beer Freaks” around the top of the can.

The Stone Pony is no stranger to giving back and to celebrate this special anniversary, they are proud to have joined forces with global non-profit, WhyHunger, donating a portion of all sales toward their never-ending quest to feed the hungry. The Stone Pony, along with a multitude of top musicians in the music community, is a proud long-time supporter of the WhyHunger organization which was started over forty years ago by the late musician Harry Chapin and radio DJ Bill Ayres to end hunger and advance the human right to nutritious food in the U.S. and around the world. Jason Dermer, head of Asbury Audio, who has provided sound for The Stone Pony since 2002 has also been a large influence on the venue’s involvement with WhyHunger, having been a volunteer for over twenty-one years with the non-profit.

Follow or share photos to help celebrate The Stone Pony Forty-Five limited-release and 45th anniversary all year-long with the following social media handles:

ABOUT THE STONE PONY

The Stone Pony opened its doors in February of 1974 and since has earned the designation as one of the greatest rock and roll venues of all time. The Pony has played host to iconic local and national musicians from Southside Johnny and the Asbury Jukes, to Bon Jovi and Bruce Springsteen amongst many others. Considered a musical mecca, many of today’s top musicians and bands have graced The Stone Pony’s stage. https://www.stoneponyonline.com

Asbury Park Brewery was founded by musician-turned-brewer Jeff Plate in 2016, and quickly established itself as one of the premier craft breweries in New Jersey. Plate relied on his music industry contacts to put together the team of partners that made the brewery what it is today- the embodiment of the vibe and culture of the city itself. What do you get when you take a group of musicians with a passion for great beer? Asbury Park Brewery, made with premium ingredients and local vibes. https://www.asburyparkbrewery.com