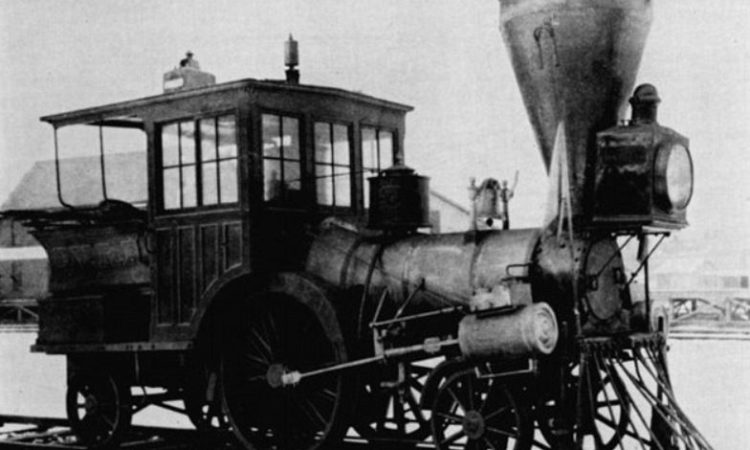 When one is an avid SCUBA diver, you tend to come across items laying on the seabed all the time.  Sadly, much of it is made up of the discards of the surface world. There are shipwrecks and natural formations that are amazing to see.  However, occasionally, even a veteran diver, is caught off guard by something sitting on the bottom. 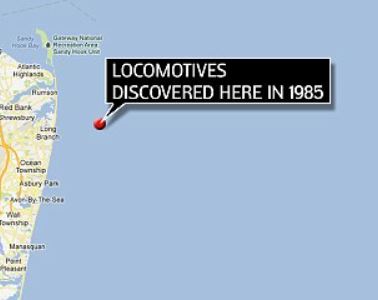 It is 1985, charter boat Captain Paul Helper of the Venture III, is mapping the ocean bottom five miles off Long Branch, NJ.  Dragging a magnetometer mile after mile is a boring task. It is very easy to daydream or allow your mind to wander as time drips slowly by, like molasses in the summer sun.  The alarm startled the Captain back to focus. It was a magnetometer hit, a sizeable one. Paul Helper stopped the boat to dive the anomaly, some ninety feet below. 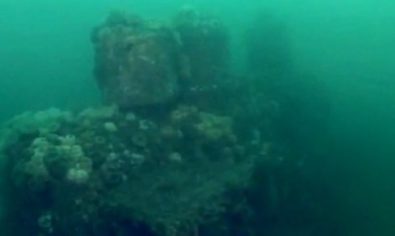 His first dive was inconclusive.  The ocean off New Jersey in the 1980s was polluted and the waters murky.   The second dive was shocking. There, seemingly racing towards the diver, were two small locomotive engines, sitting side by side and upright on the bottom.  So began the mystery. Where did these engines come from and why were they sitting in ninety feet of water on the seafloor? 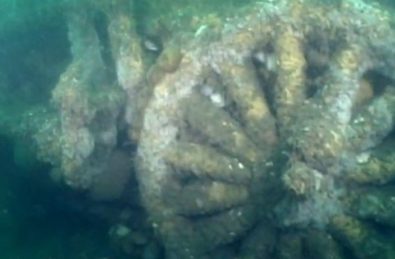 On subsequent dives, Helper retrieved artifacts from the wrecks including the whistles and twenty-five-pound, ornate, bronze bells from the engines.  One whistle had an inscription that read: “H.N. Hooper, Boston, #3.”

The H.N. Hooper Company of Boston was founded by Henry N. Hooper in approximately 1831 and operated up to his death in 1868.  Hooper was an apprentice of Paul Revere in the latter’s Boston foundry. He later purchased the foundry and established Henry N. Hooper & Co. to produce lamps and lighting fixtures, bells, and by 1862, the Napoleon, a 6 ft., 1200 lb. bronze field gun that was the most popular smoothbore artillery in the Civil War, for the Union Army. 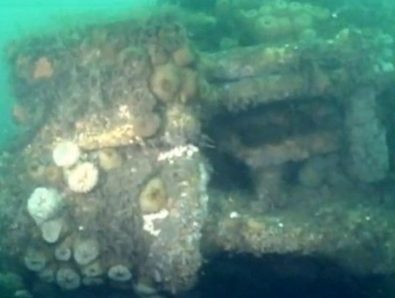 Based on the inscription, and archaeological leg work, it is surmised that the locomotives were most likely manufactured by the Seth Wilmarth Union Works, a South Boston builder of locomotives from 1848 till 1855.  It has been proven that the locomotives are rare Planet Class 2-2-2 models. These models were produced for a very short period, as they were obsolete by the time the first one was built. Fully Loaded, these self-contained 15-ton engines would have to compete with 35-ton steam engines.  There was no contest. The Planet was too weak by industry standards.

A possibility of the origins of these two little engines is a passage from Practical Machinist:

“In 1854 Wilmarth was engaged by the New York and Erie Railroad to build fifty 6-foot gauge engines.[18] After work had been started on these engines and a large store of material had been purchased for their construction, Wilmarth was informed that the railroad could not pay cash but that he would have to take notes in payment.[19] There was at this time a mild economic panic and notes could be sold only at a heavy discount. This crisis closed the Union Works. The next year, 1855, Seth Wilmarth was appointed master mechanic of the Charlestown Navy Yard, Boston, where he worked for twenty years. He died in Malden, Massachusetts, on November 5, 1886.”

Could these Locomotives be a shipment from Union Works to the New York & Erie Railroad?

The Sunken Locomotives Project of the New Jersey Museum of Transportation has conservatorship of the engines and continue to study them in hopes of finding the origins of these unique locomotives.

The dive site is a 5-mile boat ride from Long Branch, NJ.  The bottom is stark and barren, like a desert. The wreck site is small and lonely, visibility is often limited, and the currents can be vicious.  So, it is not a dive for beginners. The wooden Engineers Cabins have rotted away, long ago. The cowcatchers are bent and twisted from the impact of the locomotive with the bottom.  The engines have been stripped of artifacts like valves and instruments, leaving only the engines, massive boilers, and wheels, all encrusted by marine growth.