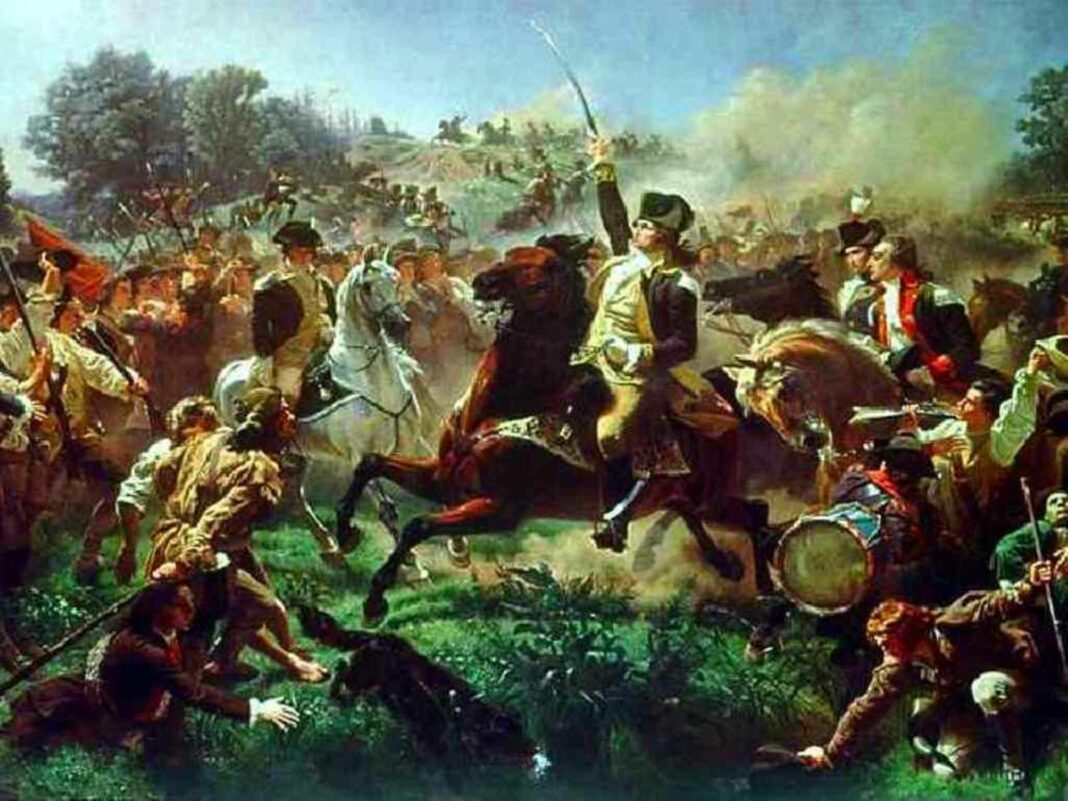 Sunday, July 28, 1778, was blazingly hot. It was over 100 degrees and humid in Freehold NJ.  What made it worse was the unwavering order from Clinton that the men should continue to wear their heavy red wool uniform coats.  In the end, as many men from both sides would die today of heat-related illness than combat.

Sir Henry Clinton had taken charge of the British forces in Philadelphia and withdrew his troops, marching them to Sandy Hook on the other side of New Jersey for evacuation to New York.  He did not know it, but he was shadowed by Colonial forces beginning the minute he left Pennsylvania.

The British and Colonial armies clashed in Freehold in what would be known to history as “The Battle of Monmouth”.   The longest battle of the Revolutionary War, lasting all day.  It was also the first time that Colonial forces were able to go the distance.

While the battle began badly for the Patriots, soon “the infantry battle gave way to a two-hour artillery duel, during which Clinton began to disengage. The duel ended when a Continental brigade established artillery on a hill overlooking the British lines, forcing Clinton to withdraw his guns. Washington launched two small-unit attacks on Clinton’s infantry as they withdrew, inflicting heavy casualties on the British during the second. An attempt by Washington to probe the British flanks was halted by sunset, and the two armies settled down within one mile (two kilometers) of each other. The British slipped away unnoticed during the night to link up with the baggage train. The rest of the march to Sandy Hook was completed without further incident, and Clinton’s army was ferried to New York.” (Wikipedia)

“The rest of the march to Sandy Hook was completed without further incident,”

This statement is not necessarily completely accurate.  According to a variety of accounts, General Washington declined to allow a contingent of soldiers to chase after Clinton’s forces in the night.  A few men did, indeed, slip away to perpetrate guerrilla attacks on the retreating British as their wagon train lumbered down the road towards Sandy Hook.  They were aided in their efforts by farmers and townsfolk that took potshots at the withdrawing British soldiers.

The town of Middletown, first settled in 1664, consisted of 36 parcels of land fronted by the Kings Highway. Originally called Minisink Path, Kings Highway East was a Native American path around which the village of Middletown was based.   These pathways were favored by colonists as they were frequently laid out on higher ground, avoiding swamps, ravines, and other difficult topography.

Imagine, engaging in a battle that lasted all day long, in 100-degree heat while wearing woolen clothing, then being bombarded by artillery until it was too dark for the Colonials to aim. Then, during your withdrawal from the battle, you experience every local with a varmint gun taking a crack at you, the most powerful army of your time.  It must have been demoralizing. 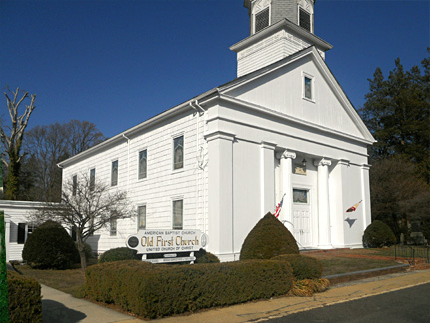 Along the way, the British occupied the Old First Church building in Middletown, on Kings Highway for use as a barracks/hospital. It had become a necessity.

Long before the Revolutionary War, King’s Highway East in Middletown had a violent and bloody history.  In 1701,  Moses Butterworth, a resident of Middletown, sat languishing in jail at what is now the site of Christ Church (near the present-day Church Street intersection), accused of piracy.  When Butterworth was captured, he freely admitted that he sailed under the notorious Captain William Kidd.

New Jersey  Governor Andrew Hamilton hurried to the courthouse to personally try Butterworth for his crimes.  However, Butterworth was well-liked by his Middletown neighbors.  Samuel Willet, a prominent local man, sounded the alarm and gathered a company of men armed with guns and clubs to attack the courthouse.

That afternoon, over 100 men attacked the courthouse freeing the pirate and capturing the Governor, his entourage, the sheriff, and constables and imprisoning them in their own jail.  Meanwhile, Butterworth traveled over King’s Highway East to Sandy Hook Bay and his freedom.

Famous brigand, the pirate Blackbeard and his crew attacked the village of Middletown near the site of Christ Church to loot the town for supplies.  The residents, armed with guns and clubs attacked the pirates in a bloody battle, driving them off to seek easier targets.

Prior to the Revolutionary War, Tories staged raids against Colonials along Kings Highway east, resulting in more death and arson.

During the Civil War, Colonel William Truex drilled troops along Kings Highway East in front of the blacksmith shop that still bears his name to this day.  His troops would eventually see action in Maryland, Virginia and Washington D.C.

In addition, there are many hidden and overgrown burial grounds along King’s Highway East and the surrounding area, along with historic sites that are long forgotten.  For example, Garrett’s Hill, once used as an observation post for Colonial soldiers, is hidden away and restricted,  along Normandy Road on Earle Naval Base.

Middletown clerk’s office has identified that there is a small burial ground, with only 4 stones still standing behind a house on King’s Highway East, where there once stood a chapel.  Further along the highway, heading east is an African American Cemetery dating to the 1850s. 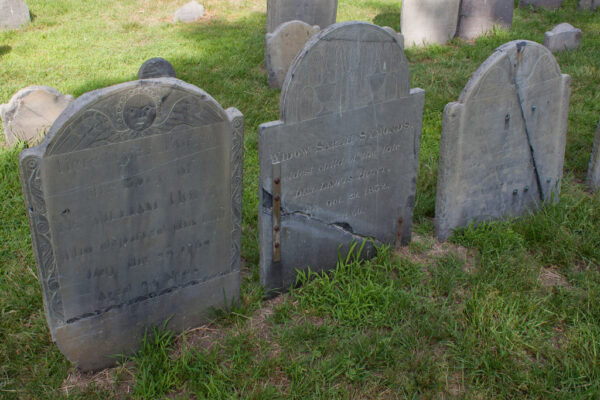 Local legends speak of strange sights along Kings Highway; A Hessian Soldier seen near Christ Church, as well as other strange tells of a man seen at Chapel Hill Cemetery wearing a top hat and tails, the sounds of a baby crying at Cooper Road bridge.  If any road in New Jersey deserves spooky legends, King’s Highway East is at the top of the list.