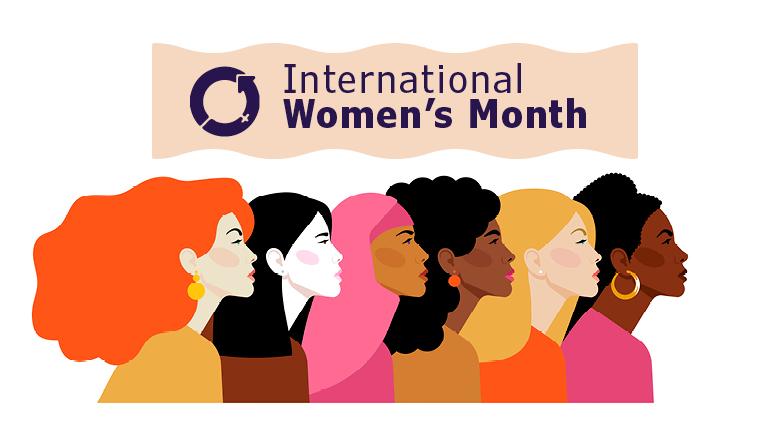 As we close out the month of recognizing all women, I want to bring that mindset closer to home by recognizing the amazing women right here at the Jersey Shore. The list is so long but the ideals are the same, supporting one another is vital. We share the values that guide International Women’s Month while celebrating the social, cultural, economic and political achievements of women.

As modern-day Suffragettes – female, male and all genders – let us continue the work and spirit of the almighty Suffragettes, fighting the good fight. And let us recognize, honor and celebrate the important and impressive achievements of women globally.

JUSTICE
While the concept of justice may differ across cultures, the notion of justice is based on respect and equality amongst people. The Suffragettes toiled unreservedly for justice, dignity and hope. Justice means being afforded the same equal rights and opportunities as men. Today through International Women’s Month, the call for justice across the world still prevails as women seek equal treatment, conditions and opportunities to that of men.

DIGNITY
A leading organization campaigning for Women’s suffrage in the United Kingdom, the Women’s Social and Political Union (WSPU) existed from 1903 to 1917 with membership and policies tightly controlled by Emmeline Pankhurst and her daughters Christabel and Sylvia, adopted from 1908 the color purple to symbolize dignity. Dignity, as a value, refers to the idea that all people have the right to be valued, respected and receive ethical treatment. The word is derived from Latin dignitas meaning worthiness.

HOPE
Hope is the feeling of expectation and desire for a certain thing to happen. The Suffragettes campaigned tirelessly for a better world, one where they trusted that women would receive equal rights and opportunities. The Suffragettes symbolized the value of hope with the color green. The Suffragette colors were used on banners, flags, rosettes and badges.

EQUALITY
Equality means ensuring all people have equal opportunities to make the most of their lives and talents, and that no one has poorer life chances due to their background or status – the very core of International Women’s Day. Gender equality refers to women receiving and accessing the same opportunities and benefits as men – but throughout history, women were deemed to have no place in politics. They couldn’t stand as candidates for Parliament and they weren’t allowed to vote as it was assumed husbands would take responsibility for political matters because a woman’s role was seen to be child-rearing and taking care of the home.

COLLABORATION
Just as Suffragettes rallied together, as did the earlier Suffragists, so too do modern-day women (and men) who understand that there is power in unity. Strength in numbers and voice are critical in driving change. International Women’s Day was founded on collaboration and continues to be a key element of its power to this day. Across the world individuals and groups unite, not only to celebrate the achievements of women but to continue to call for action supporting greater gender parity.

TENACITY
Tenacity was a key principle of both the Suffragists and the Suffragettes, and their tireless effort in fighting the good fight changed history. “Deeds not words” was the Suffragettes’ motto and they devoted considerable attention and effort to forging the rights of women. Around the world today, as in the past, exists an extensive number of groups and networks all working to improve the social, economic, cultural and political status of women – and International Women’s Month is the major day for rallying action, driving visibility and applauding women who make a difference through their achievements.

APPRECIATION
International Women’s Month provides a specific and designated moment each year to identify and celebrate the successful achievements of women. Through celebrating success, populations not only become more appreciative of the role women play in contributing to society but awareness and expectation is increased that women will not be marginalized, discriminated against or absent from future successes moving forward.

RESPECT
Equality can only be achieved if the diversity, differences and qualities of women are truly valued. Respect for others is a key value underpinning the ethos and agenda of International Women’s Day. Respect for others and respect for self play an important part in forging gender equality.

EMPATHY
Seeking to understand others, caring for and valuing diversity, and appreciating difference are key to forging deep relationships to affect change. It’s through the ability to understand and share the feelings of others that different situations and perspectives can be grasped. International Women’s Day calls for global understanding about the plight of women – the challenges faced, obstacles endured and changes desired for an inclusive and progressive world.

FORGIVENESS
Throughout history women have been mistreated – and still to this day women suffer harsh and inhumane treatment through to continuing discrimination in the workplace. Focusing attention and effort on the way forward, reconciling discrimination through encouraging awareness and banding together to affect positive change is all part of what International Women’s Month stands for.

Use these values to deeply understand and drive your own International Women’s Day activity as you call for action and/or celebrate women’s achievements. Looking back to look forward, values like these have guided women’s campaigning for action and recognition.