Taking A Stand for Preservation – One Woman’s Story 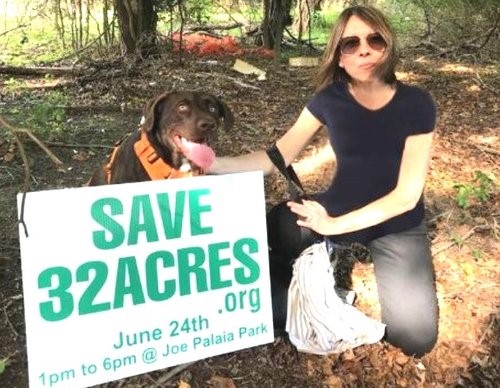 Jacqui Wenzel loved the old town vibe of Ocean Township. “It seemed frozen in time with all the charm and character that I adore,” recalls Jacqui. With childhood memories of having lived near a park, she was in search of something green; a way to escape the hustle and bustle of New York City where she lived and worked. It was these emotions and experiences that compelled Jacqui to purchase a home on Deal Road across from Joe Palaia Park over 20 years ago.

Jacqui lived happily on Deal Road, enjoying the small-town way of life, until she received a knock on her door that would be life-changing. Greeted by members of the community, Jacqui listened as they explained a developer’s plans to exploit a historic piece of undeveloped land next to the park. The 32-acre parcel had significant historical value with a multitude of Native American and early American relics found on the site.

“I learned a lot that day about the issues and the corruption that was at the core of rezoning 32 acres of Ocean Townships Historic Native American site and then farmland, that was already found eligible for listing in the National Registry of Historic Places, for a massive commercial development” says Jacqui. At the time, the community was blindsided with the rezoning, which they feared would bring increased traffic and flooding.

It turned out, backroom dealings with developers, resulted in several zoning changes around town, allowing for the construction of numerous large-scale developments. These dishonest dealings eventually sent the former Mayor to prison, but the zoning changes on the 32-acre parcel were not rescinded.

For about 15 years, the zoning issue remained and, now the 32-acre historic property is slated to be transformed into a WAWA Gas Station, four-story Marriott Hotel, a fast food restaurant, mixed retail stores, and 70+ townhouses.

The property is situated next door to Joe Palaia Park, the beautiful Ocean Township library, Eden Woolley Farm house, now a township history museum, and Water Tower – an area that serves as the community hub of Ocean Township. This leads many to question why the property isn’t being preserved as an addition to the park. 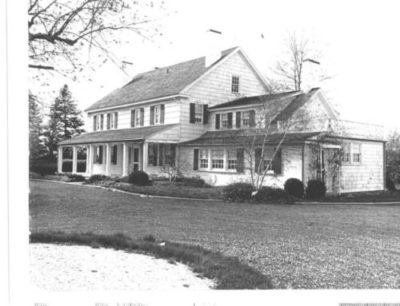 While Jacqui would not describe herself as a die-hard “environmentalist” in her professional life, she finds herself today, leading the fight to stop this from ever happening. “I never would have imagined that I would lead a charge like this, but I just can’t stand by and allow this to proceed given the corruption that played out years ago, which left this fragile wetland forest, with rich Native American History, vulnerable to destruction.”Jacqui with the Save 32 Acre lawn signs that have been posted around the area to raise awareness.

Jacqui’s desire to preserve this historic piece of paradise as an expansion of Joe Palaia Park has meant hundreds of hours and thousands of dollars. She and her husband filed a law suit against the town concerning the zoning change and was found credible to proceed with an appeal. The case concerning recent zoning changes made to accommodate the WAWA gas station and Hotel are still being reviewed in Trenton by the Appellate Court.

By no means, however, is this development issue settled. In fact, Monmouth Conservation Foundation is assisting Jacqui by providing technical expertise and working with the township to successfully preserve the land and permanently protect it. There are still, however, big hurdles to overcome before the land can be considered for permanent protection. Jacqui encourages everyone to attend meetings, speak-up and contact the Mayor directly to let him know how you feel about the issue.” She says, “The Township really needs to hear that the community wants this land to become a park, not a massive development.”

Jacqui is even taking her passion for this project to the ballot box, running for a Township Committee seat in the upcoming election. “The main reason I am running is because I can provide another perspective and because I feel so strongly about protecting the natural beauty of the township’s shrinking tree canopy and what is left of the old charm of Ocean Township and all the natural beauty that caused me to move here 22 years ago.”

To contact to Jacqui and learn more about Save 32 Acres, you can visit https://save32acres.org/