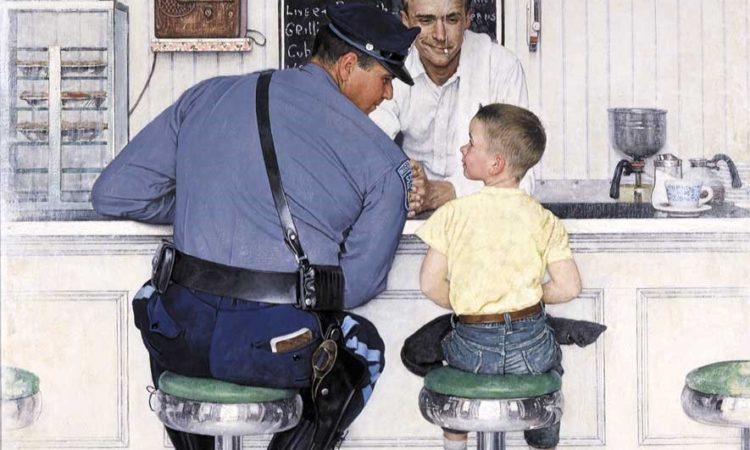 There aren’t so many left now, but soda fountains were born more than 170 years ago. And they were born in drug stores!

It all started when people went to their local drug stores for some cure for any number of different physical ailments. It was a time in the 19th century when every drug was available over the counter, and drugs were only available from drug stores, or pharmacies. People would order a concoction from the druggist for an ailment such as a headache. The most popular cure was a beverage concocted by the druggist of a mixture of caffeine and cocaine.  When the headache came back at a later time, customers would go back and get another concoction. Pretty soon, they would simply sit in the drug store to drink their cure. Hence, the soda fountain was born.

It followed, once the fountain and stools were established, that druggists would offer other concoctions to stimulate their business and set them apart from other drug stores. They designed their own concoctions, then began making ice cream sodas, a combination of flavored soda water and a scoop of ice cream. It wasn’t long before milkshakes were added to the offerings, a mixture of carbonated water, a raw egg and sweetened flavored milk.

It was President Wilson who put an end to cocaine being available over the counter though the Harrison Narcotics Tax Act of 1914 which banned not only cocaine but all opiates from being sold over the counter. Prohibition helped the soda fountain business a few years later, creating another place for people to gather once bars and taverns were closed. Many preferred soda fountains to ice cream parlors because of those druggist concoctions.

By the 20th century, a pharmacist, Jacob Baur, started his own company to manufacture carbon dioxide in tanks. These could then be purchased complete with recipe manual and a new soda fountain business could get underway. Next came flavorings, both from natural fruits and syrups and drug stores had a profitable side business to filling prescriptions. 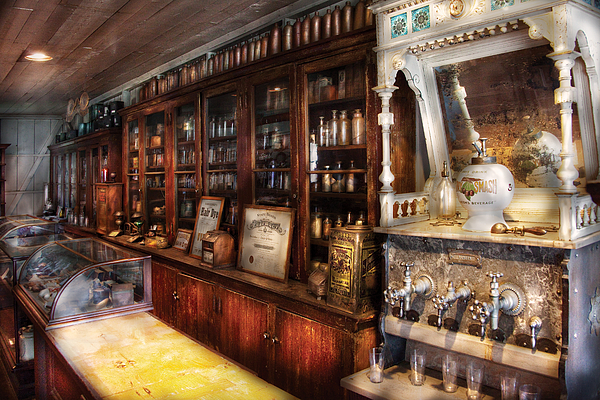 In Atlantic Highlands, as late as the mid-20th century, there were no fewer than three drug stores, all popular, all with soda fountains, all providing a comfortable and pleasant location for locals to sit and enjoy themselves.

It was Shannon’s Pharmacy on the corner of First and E Mount avenues that gave the inspiration and motivation to Dick Stryker to pursue a career in pharmaceuticals. Stryker, the former mayor and retired  owner with Joe McDonald of Bayshore Pharmacy, worked at Shannon’s from the time he was a sophomore in high school and was officially a “soda jerk.”  He was fascinated about everything about the business, from how he could make malted milkshakes, late special sundaes as well as other drinks and desserts. Shannon’s had a large fountain, one that sat ten, in addition to several small tables where they offered fountain specials along with a hot meal special daily. Stryker remembers the medical specialties such as the castor oil cocktail that was only created with a doctor’s order. There were also some unique family remedies for stomach ailments that were popular.  He also remembers the bromo-seltzer machine where people could dispense their own chemical of bromide and seltzer that was allegedly a cure for anything from hangovers to an upset stomach. The mixture turned their lips blue and was subsequently banned by the government because of its toxicity.

Antonidies Pharmacy, also on First Avenue almost across the street from Shannon’s, had a marble fountain and ten chairs, along with several booths. Whalen’s, not only had a large fountain but also several pinball machines.  Pharmacies were gathering spots in the mid-20th century.

In addition to the three drug stores, Atlantic Highlands could also boast of soda fountains. One was Siegel Brothers, located across from Antonidies, a place teenagers regarded as the “Grown-up spot,” as opposed to their “Soda Spa,” a few doors away.  That soda fountain had a counter with seats as well as booths along the wall where teenagers could listen to the small jukeboxes on each table. That was the popular place for teens to gather after ball games and evening events for some conversation and rehash of games before heading home. There was also Jimmy Blumetti’s  soda fountain with its huge 20 seat fountain, and Leimberg’s, which also offered candy and papers in addition to the soda fountain.