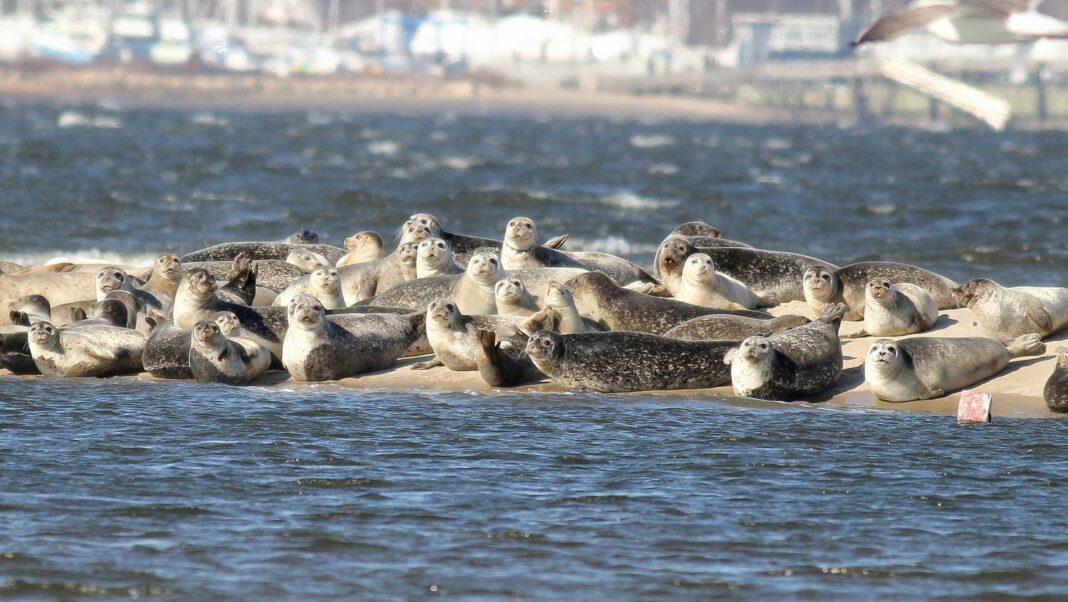 Now, Sandy Hook bay sparkles with clean water and an abundance of sea life from baitfish to the occasional humpback whale.  The beaches are once again crowded, local restaurants flourish and boaters abound. 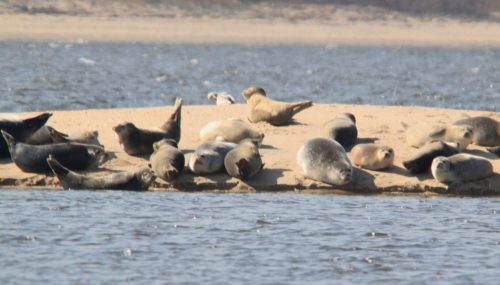 Harbor Seals are found from Greenland to the Carolinas on the east coast of the United States.  Their scientific name is Phoca vitulina which, translated from Latin, means “Sea Dog.” Their whiskered cheeks and soft brown eyes certainly make them resemble the family pet.  When seals haul-out at Sandy Hook, they can be found on beaches, mudflats and ice flows. They can grow to be about five feet long and weigh as much a two hundred pounds. Harbor Seals give birth to a single pup once a year, in April, and can live to twenty-five or thirty years.  They like to eat cod, mackerel, herring, shellfish, squid or octopus.

If you go to Sandy Hook in search of Harbor Seals on their vacation, there are some things to keep in mind.  Seals are carnivorous animals with sharp teeth and react to threats with a flight or fight philosophy. Although Harbor Seals do not give birth at Sandy Hook, humans can disrupt their hunting or feeding.  Seals are protected by the Marine Mammal Protection Act since the early 1970s. The legal distance from seal to human is 100 ft. 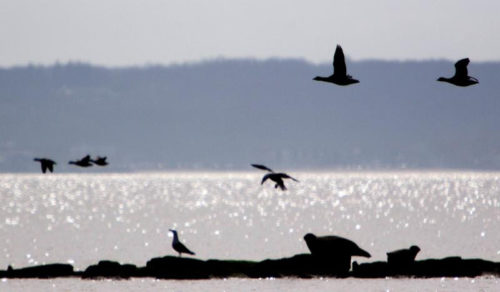 Please remember that seals are Federally-protected and the law requires that you stay at least 150 feet away to avoid harassing them, so please enjoy them from afar!!