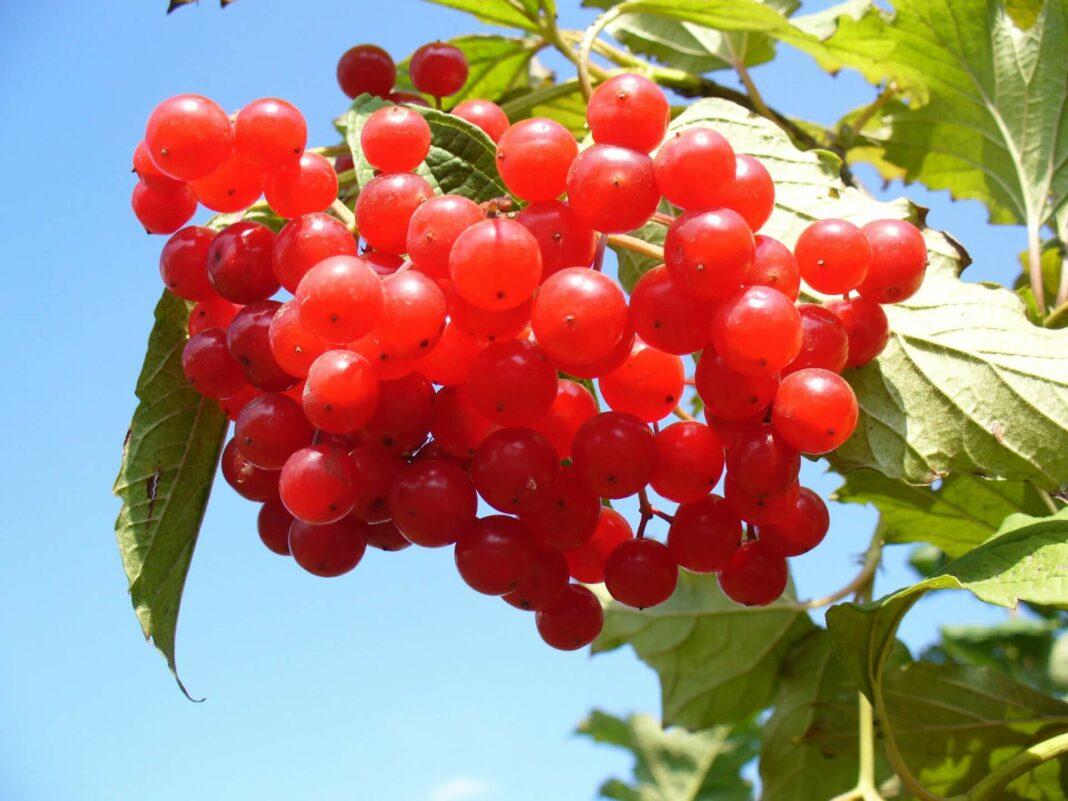 New Jersey isn’t called the Garden State for anything! The Pine Barrens aren’t actually barren! But cranberries? These cute, round, very tart little berries are actually native to the New Jersey Pine Barrens! Who’d a thunk it??  And just who is the third-largest producer in the United State? Jersey! Surprisingly, Massachusetts is actually #2-I was sure they were #1 for years! And here, Wisconsin takes the lead #1 spot-never would’ve guessed. Canada tops NJ in world production. Ideal growing conditions do require acidic sandy soil and natural wetlands.

When you order an adult beverage at your local bar or restaurant and ask for a Cape Codder (cranberry juice and vodka with a lime), did the old title make you believe this gorgeous, tart, red elixir came from the Cape? Hey, it’s Christmas time! Use a champagne flute for a 50/50 mix of cranberry juice and champagne with a couple of berries tossed in for pizazz! Called a Poinsettia! (if champagne is too dry, pick up Verdi- super affordable!)

Another “Super Fruit”! The super tart/bitter taste makes eating raw a tad rough but concocted with sweeteners has made it a basic item on Thanksgiving & Christmas dinners nationwide. It wasn’t long ago, 1993, that dried cranberries made their debut on the American salad scene! Their popularity overtook raisins by a landslide! And so….Craisins were born. Dried cranberries today are used in salads, baked goods, trail mix & cereals as well as blended with other fruits for juices and beverages. 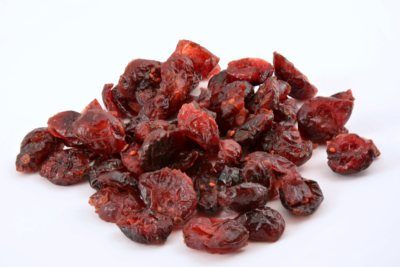 Elizabeth Lee, a N.J. cranberry grower, had been boiling her berries which resulted in a jelly-like sauce. In 1912, she collaborated with Marcus L. Urann, a lawyer who left his profession to buy and operate a cranberry bog. Marcus was quite the go-getter businessman and saw potential in the cranberry industry. Realizing that the “season” for picking the berries is a short 6 week period, Marcus set up a plant in Hanson, Mass. to cook and can the berries/sauce for longer shelf life. He started the co-op which began as a way to keep competitors in check. Then it was to bring together, John C. Makepeace, of AD Makepeace Co. (largest grower at that time) and Elizabeth F. Lee, of Cranberry Products Company, NJ to prevent any competitors’ edge over his business. This new group was called, Cranberry Canners, Inc. 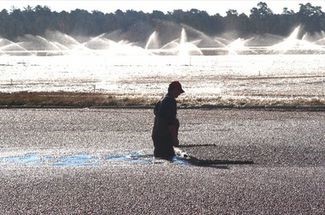 1946 saw the end of WWII and yet another name change for the co-op – National Cranberry Association, until 1957 when Urann liked the name of a Washington State fish company, Ocean Spray. He ended up purchasing the rights to the name, adding a wave to the label. Today the co-op includes roughly 600 growers in the US and is called the Ocean Spray Company. The company claims its highest sales for the entire year takes place the week of Thanksgiving. There is an Ocean Spray receiving plant in Chatsworth, NJ. The bottling plant was in Bordentown since 1943 but moved recently to the Lehigh Valley in Pennsylvania. 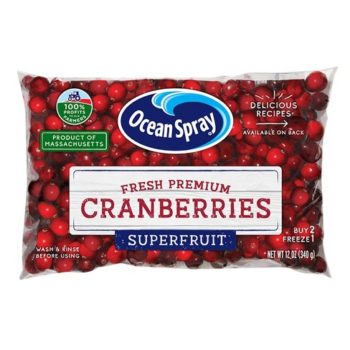 A New Jersey grower, John Webb, had an artificial leg. While carrying a load of berries, John, also known as ‘Peg Leg’ took a spill and as his berries spilled, John noticed that the good, ripe berries bounced. The ‘bad’, unhealthy & damaged fruit did not. It was then in the 1940s that John discovered the ‘Bounce Method Machine’ for production. I call that “Yankee Ingenuity!”

In 1952, Tom Darlington patented the mechanical ‘Darlington Dry Harvester’. The Darlington family have been cranberry growers in Chatsworth, NJ since 1857, beginning with cultivating the native NJ vines. Joe Darlington & family are growers at J.J. White Inc. & Pine Barren Native Fruits which supply fresh berries to grocery stores. Toms’ new invention replaced the less efficient cranberry scoop for harvesting. His Darlington Dry Harvester machine has teeth that allow only the vines to pass through, but not cranberries. This is still used in harvesting today.

Shop Local By Thinking Outside The Big Box!