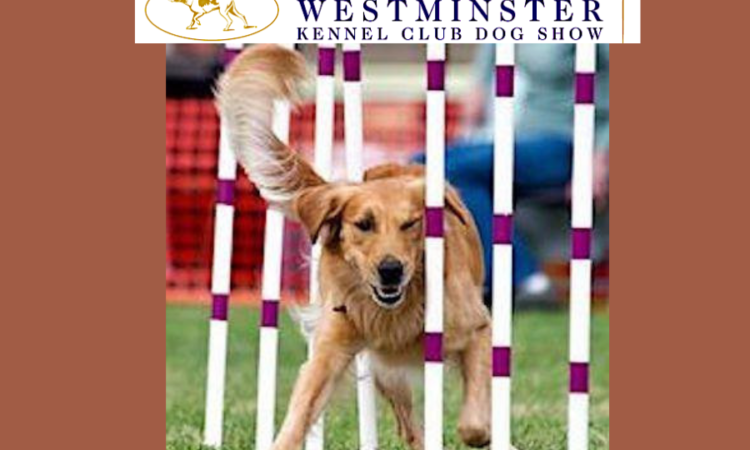 Westminster Weekend will kick off with the Masters Agility Championship (MACH) on Friday, June 11, 2021 followed by Junior Showmanship, Breed, Group, and Best in Show judging on June 12 – 13, 2021. The Masters Obedience Championship will be on Sunday, June 13, 2021. For the first time, the Best in Show competition will be televised live on FOX.

The Westminster Kennel Club Dog Show is moving from New York City to the Lyndhurst Estate in Tarrytown, New York, a majestic castle overlooking the Hudson River welcoming dogs and their handlers to the wide-open outdoor space. The change in venue was necessary to uphold Westminster’s strong commitment to the welfare and safety of everyone who attends their show during the ever-changing pandemic restrictions. 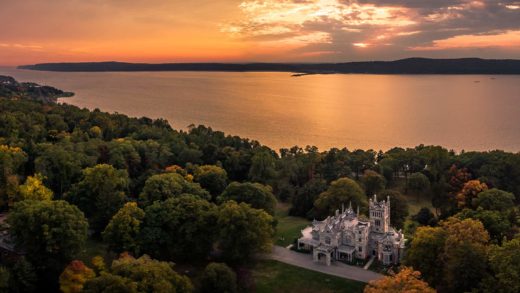 Dog Agility is a sport in which a handler guides a dog around an obstacle course. The handler cannot touch the dog or the obstacles. The aim is to complete the course as quickly and accurately as possible. The roots of the sport go back to 1970 England, where it was created, to be held as a demonstration sport. The first time dog agility was shown to an audience was at the Crufts Show in 1978.

Dogs are measured for the height class for which they compete, starting at 8, 12, 16, 20, and 24 inches. The dogs featured here, Love Being On The Water and a Day at The Beach – as much as they Love Agility!

Emma is a 10- year old All American (65% Boston Terrier, 25 % Boxer, 10% Cocker Spaniel as per a DNA test), rescue from a shelter in South Carolina.  They have competed at Westminster several times and were in the finals in 2018.

“She is the PERFECT Partner,” says Wrede, “versatile, intelligent, a problem solver, with a desire to please.”

Emma’s most difficult obstacles are the jumps, but they do agility because it is a Fun Game. “Emma has a smile whether she drops a bar or has a clean run. Her happiness matters most,” exclaims her handler.  One of Emma’s hobbies at the Jersey Shore is kayaking.  She loves it, especially the wildlife she encounters!

Betty originally started out running Dobermans but thought it would be fun running a Toy Fox Terrier.  Cuzzolino had run Victor’s mom, a top agility contender for two years, then saw a lot of potential in her son, Victor.  Victor was much faster and loves the sport.  “He is a character, I love him to death and he loves me the same. We have a great time out there, and because he’s fast – he keeps me on my toes!” says Cuzzolino.

Her training club is the Jersey Agility Group (JAG) in Howell, NJ where they hold agility seminars with top trainers and competitors throughout the year. “Agility is a great sport,” Cuzzolino elaborates, “it’s you, your dog, and the timer; the Judge is only there to call the faults, it’s not a subjective sport, and that’s why I like agility.”  Victor is now one of the Top 5 Toy Fox Terriers in agility.

Eleven years and three English Springer Spaniels ago, Janet signed up for a beginner’s class in agility. Dino turned six in April of this year and they began training in 2017.

“At one time or another, every obstacle is a challenge,” says Grasso, “Dino loves to run, but touching the downside of the dog walk or A-frame, as required, is sometimes missed, in his excitement of what follows next on the course, and in my excitement to proceed quickly.”

On their best agility days – they are connected as a team. “Those runs are magical and hard to describe in words,” Grasso goes on to say, “he is happy, fast, and I provide course information to him well in advance – turns are tight, with few wasted steps – total fun, total connection!” The Grasso Team trains at the Bayshore Companion Dog Club (BCDC) Tinton Falls, NJ and Jersey Agility Group (JAG).

Linda got started in agility because she had a high-energy Golden Retriever named Sadie, who needed to burn off some of her excess energy! “Sadie got me hooked on this sport and I will always treasure the early lessons she taught me – mostly how Not to do agility!  LOL!” jokes Rose.

Training for the Rose Pack of Two requires a lot of training. “I focus a ton of my training on puppy foundations to build high confidence and drive in my dogs!” exclaims Rose,  “we play a ton of games that build motivation, impulse control, body awareness and then there are the agility obstacles and handling. The most challenging for Goldens is the stopped contacts (dog walk and A-Frame) – they think stopping is stupid, and would much rather run, run, run!!!”

Do her Goldens swim?  Both Maewyn and Artie Ross swim, dock dive, play frisbee and train in fieldwork.

Schedule for The Westminster Dog Show:

Because of varying concerns due to COVID, all entries are limited to competitors and one assistant, or friend, both who must show they have been fully vaccinated. Public may not attend nor vendors. All Three days will be televised LIVE, on the Fox Channel.