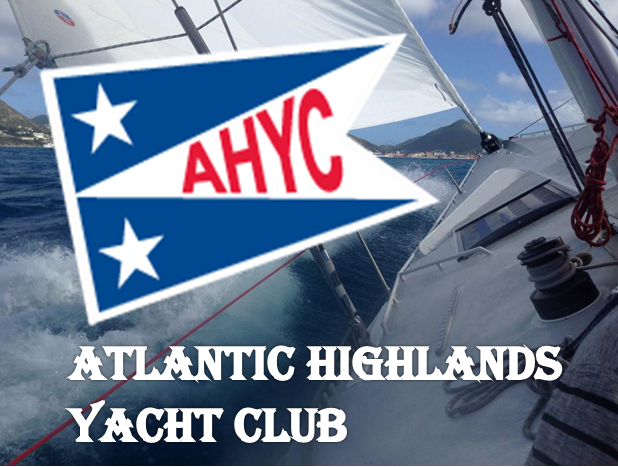 Whether it’s a strong desire to become a part of a community of like-minded people, the desire for more social interaction in the wake of the Covid epidemic, or simply because more people are learning about all it has to offer, there is one thing certain:
The Atlantic Highlands Yacht Club has an active membership and many new members for this season.
“It’s difficult to tell specifically what is the reason for all the great new members,” said Membership Chair Sue Mikaitis. “But our long-time members tell us they joined the club for a variety of reasons as well.”
Some of the new members this year joined because they recently moved to Atlantic Highlands or the Bayshore and see the social aspects of the Club at the Yacht Harbor as an excellent means of meeting their new neighbors. Others indicate they like the interaction between the club and the borough in offering special programs that benefit others, such as the Special Olympic program.
Some join the Yacht Club because they are welcome and can participate in all activities regardless of whether they are boat owners or sailors themselves.
“It just seems a lot of people are discovering the charm of the Club,” Mikaitis explained.
Some of the new members first learned about the Yacht Club as guests of members at some of the club functions, the chairman continued. Others heard about or have tried the unusual new menu of the Club’s chef who has a reputation for creating unique dishes unavailable anywhere else.
The Yacht Club has long since had the reputation for having a “Cheers” atmosphere at the bar in addition to the Galley dinners and a busy social calendar. In addition to the Special Olympic program, the Yacht Club features a robust racing program and is a major sponsor of 180 Turning Lives Around. Its Junior Sailing Program which operated this year at Monmouth County’s waterfront park in Highlands enables youth of all ages and abilities to receive professional sail training, and club memberships offer a variety of ways to be part of the club.
For further information on the memberships offering, see https://ahyc.clubexpress.com/
An application for membership is available on the site.