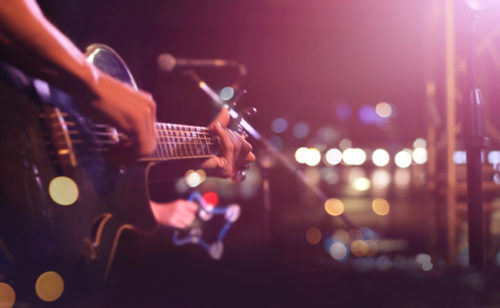 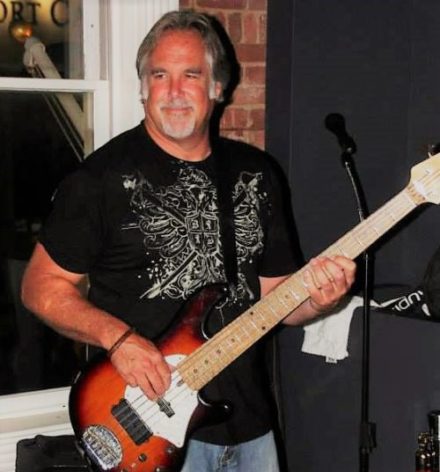 Music……it can bring you up and it can bring you down. Depending on the mood at hand, music can play a major role in our lives. For many, myself included, a day without music is like a day without sunshine! I must say I use no CD player or radio at home-just loving the options through the TV is fantastic. Even my African Grey parrot, Gumbo, likes a low classic rock when we leave the house! It chases the blues away, brightens a cloudy day and can give that boost when you need it most. Different sounds for different attitudes-having a rough day or hard times? Turn it all around with a little listen. Get ‘yer feet a tappin’ and yer’ hands a clappin’ for the smile in yer’ heart to shine! You’ll be surprised at the options right in your own “back yard”! Local Sounds/Local Talent is coming monthly here in JSS, highlighting the incredibly talented musicians & vocalists in our Jersey Shore areas. There is live music out there just about every day of the week once you start checking out the music scene.

One such musician, well-known in the music scene locally as well as internationally, is John Perry, AKA Big John. John grew up in Matawan and Westfield, landing in Spring Lake Heights. He is one of six children, all of whom took piano lessons with a dozen recitals each starting at the ripe age of 7. Structured lessons as well as learning to play by ear became the norm for John. Growing up, besides piano, John played the drums in 4th grade as part of the Strathmore Elementary School Bubble Gum Band. Through high school and college John, sporting his bow tie, had mastered the stand-up also known as an upright bass while playing in jazz ensembles and orchestras. 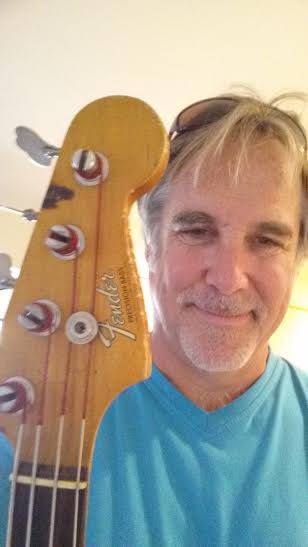 John received his first guitar from his cousin, Nicky McCoy, who taught him some of the classics like “Smoke on the Water” and “25 or 6 to 4”. The bass guitars of choice for John are both Fender & Lakland basses. As for acoustic, his top three are Takemine, Marina & Yamaha as he feels these are best for sound, feel and reliability. Often when playing acoustic 6 string you may find John jamming with others or enjoying a group sing-a-long. His love of music takes him through a wide variety of genres such as blues, jazz, funk, 60’s, Sinatra, Naw’lins funk and classical. A favorite bassist or band is Paul McCartney and the Beatles.

When asked why he plays, John says he is moved by the camaraderie, communication and connection with not only other musicians, but with the audience which gives that “in the moment magic”. Music brings him the passion and pure joy while connecting with the audience. Every night brings something new, so unique which he says gives meaning to the saying “be here now” as “the gift of music truly makes you live in the moment”.

John Perry has quite a following on Facebook, a fantastic tool for all musicians. He promotes via his posts on Facebook as well as on his own group called, “Jersey Shore Gig Group” with about 1500 members, consisting of many music lovers and other bands he himself is into. This is John’s main line of work after retiring as a music teacher.

Big John (he towers over most) has a huge local following and can be found making some excellent sounds up and down our local Jersey Shore area. I’ve personally had the pleasure of taking a listen on numerous occasions from Pt. Pleasant to Red Bank and many great venues in between.

But John hasn’t only been doing his thing in Jersey. With Darlene Love, he played in the San Francisco Bay Area, New England and the Florida Keys. If this wasn’t a distance for touring, from ’96 thru’ ’08, John toured the USA twice and Europe 31 times! The tours, with The Tom Principato Band ( https://www.tomprincipato.com/) ranged from 20 shows in 21 days.  Festivals on a remote west coastal Norwegian island were called the “anchor dates” or “money makers” also included fests throughout Europe and Scandinavia. “Satellite” dates were those taking the musicians from a jazz-blues club in grand ol’ Paris to a mountain top ancient village gig in Tuscany, Italy. The band gets action via their European record label, “Dixie Frog” in Paris along with a handful of promoters. 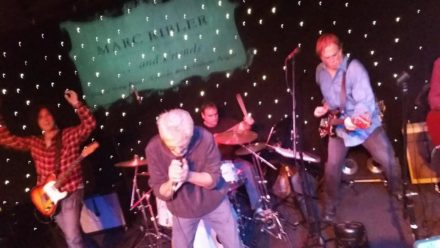 John currently plays in quite a few bands, many which are put together for a particular show. This past year he’s been making some sounds with organized groups such as The Todd Robbins Band, Marc Muller, Marc Ribler, Sandy Mack & Friends, Darlene Love Band, Richie King Band, Billy Lawlor Band, Tom my LaBella & Friends and of course, Spare Parts.

If you’re into music, no matter what your age, this is a local musician to check out! And should you be looking to host a cool, memory making private or corporate event, grand opening, wedding, retirement or birthday, give Big John a shout! You won’t be disappointed!

He gives thanks & mention: