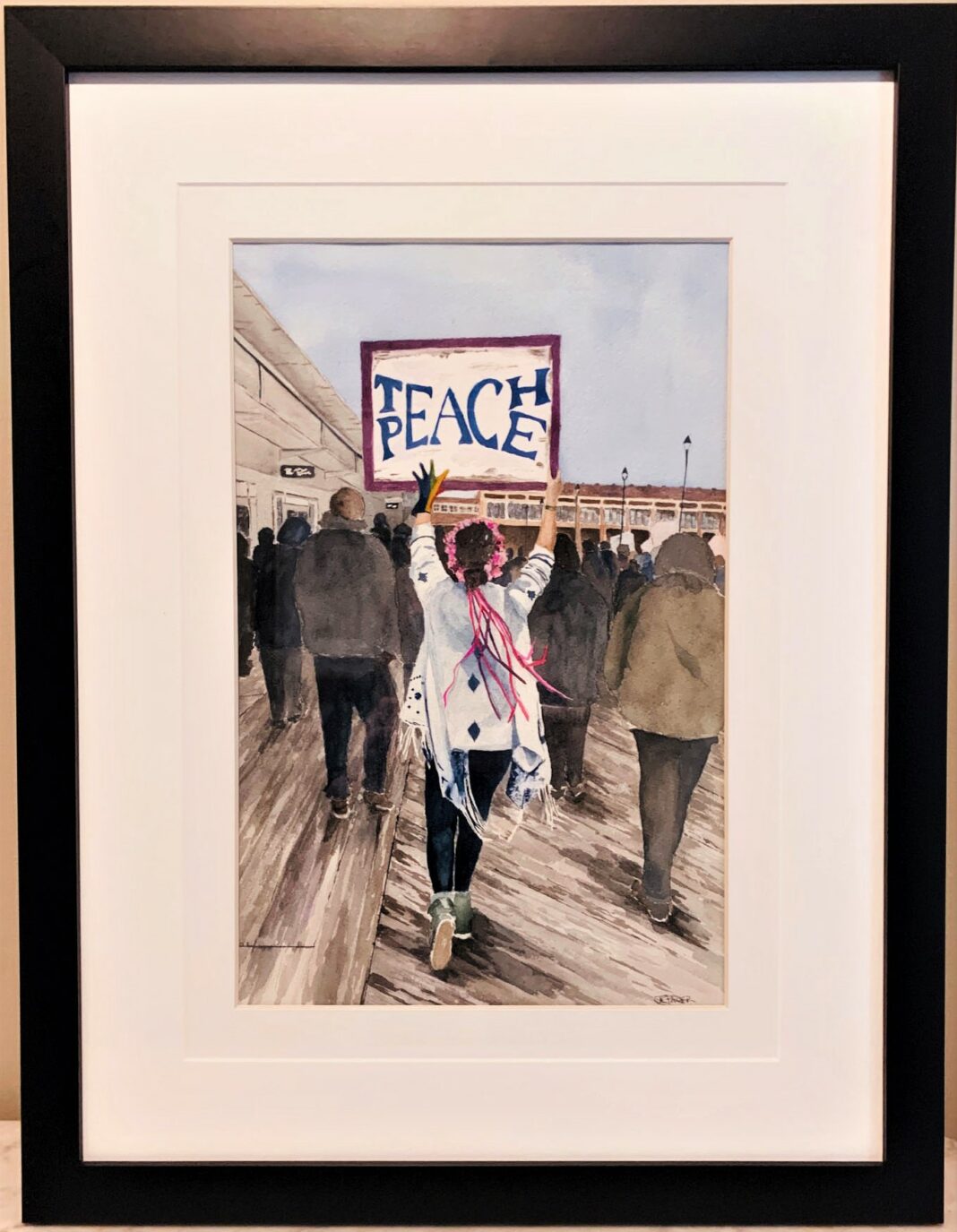 Local artist Jeanne Power-Galli has studied form, color and style for years and has incorporated that vision into her artwork. Originally, her career started in the investing world as a client service manager in IT for Merrill Lynch Investments Company. Later, this experience led Jeanne and her husband Ed, to start their own IT Managed Services Company, GreenPoint Solutions.

During time spent as a stay-at-home Mom, Jeanne started dabbling more into art with a desire to master watercolor. She explains “it’s a very clean medium” but it didn’t come easy. One early teacher almost caused Jeanne to give it up entirely, but thankfully she didn’t and went on to take better classes with much better teachers.

Teaching art is something that Jeanne really wanted to do but first, she needed to educate herself on how to actually teach a class. This desire led to enrolling in the Studio Arts program at Brookdale Community College. I took one of her classes at Jersey Shore Arts Center and it’s so interesting to learn different watercolor techniques, especially dry brush- where the paper is dry and the brush is wet.

One of Jeanne’s watercolors really caught my eye and it’s a depiction of a woman she saw at the Women’s March in Asbury Park, on January 21, 2017. I asked about it and the story is both intriguing and a bit of a mystery!

After gathering by Wesley Lake that morning, Jeanne and some friends waited for the parade to begin and soon found themselves walking on the Asbury Park boardwalk. Halfway through, a gap opened up and a woman came running by carrying a sign that simply said: “Teach Peace!” 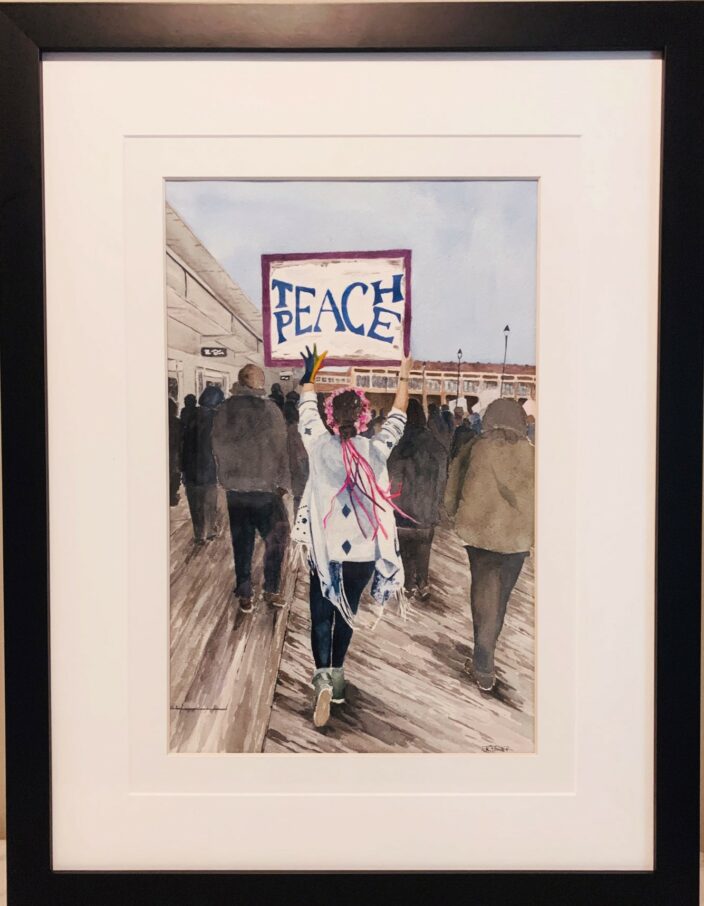 This vision had rainbow colors and flowers in her hair, a tasseled sweater, and that beautiful sign!

Realizing this was a painting in the making, Jeanne grabbed her cell phone and took a few pictures as the woman disappeared into the crowd. The strange thing is that Jeanne never saw that woman again during the rest of the march. She wanted to let her know “I took your picture!”

But it was not to be.

Instead, that ethereal image became a watercolor. To this day, Jeanne has no idea who this woman is, so we are asking- does anyone know her? Can you show her this article and ask her to reach out to us?

We’d love to meet her finally and hear her story.