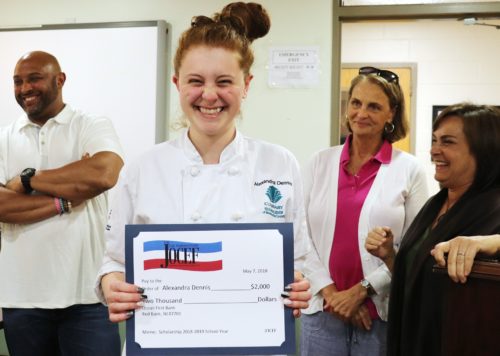 Proceeds from the 5th annual JOCEF “Recipe for Success” gala on March 19, 2018 funded the scholarships. The Joe Romanowski Culinary Education Foundation was established in the memory of Joseph Romanowski, who mentored and nurtured many of the Jersey Shore’s finest up-and coming chefs. Romanowski was the chef and owner of the highly acclaimed restaurants, Joe and Maggie’s Bistro in Long Branch and Bay Ave Trattoria in Highlands.

Chef Barbara Roselli at the Culinary Education Center encourages students to apply for the JOCEF scholarship in January. After submitting an essay and references, selected candidates are invited to a hands-on cooking event at Café Mumford’s in Tinton Falls. Students are provided ingredients and are timed as they cook a meal that is evaluated and scored by JOCEF board members on the scholarship committee.

Karen Farrell, JOCEF board treasurer said, “We are so pleased to support culinary students in the memory of Joe .Now in our fifth year, It is very rewarding to see students grow as they move through the program and as they progress after graduation. We are changing people’s lives with these scholarships.”

Two students who were awarded a scholarship last year were funded again this year. Courtney Dean of Howell was given $5,000 in 2017. After excelling during her first year at Brookdale, JOCEF awarded her $15,000 to continue her studies. Alexandra Dennis of Matawan was also awarded a scholarship for her second year.

Alison Clark of Brick said, “I truly appreciate the scholarship and will do my best this fall as I work toward attaining my pastry certificate.” 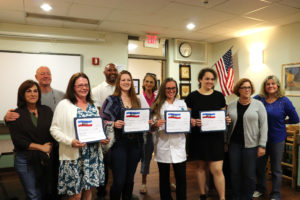 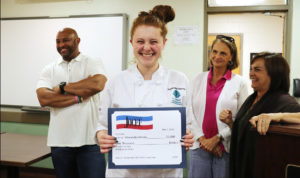 Alexandra Dennis of Matawan shares a moment with JOCEF board members Erik Weatherspool, Maggie Lubcke and Debbie Mumford after being awarded a scholarship. 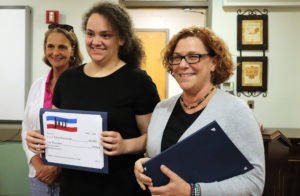 Emily Trzesinski of Manalapan and JOCEF Board member Karen Farrell. 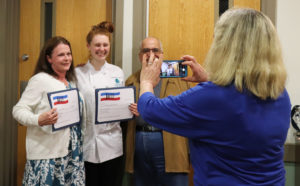 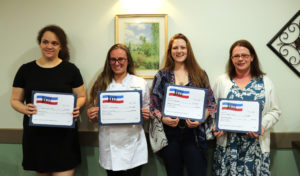