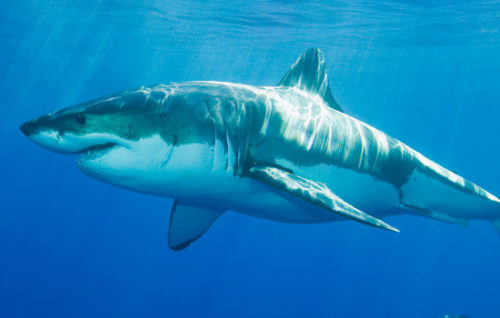 It was 103 years ago this month that the borough of Matawan made front page news in every large newspaper across the country as the reported attacks by sharks along the oceanfront further south than Monmouth County  earlier in the month closed ocean beaches, created havoc with hotel and restaurant owners whose tourism business was dropping sharply, and set scholars to ponder the personalities and types of Selachimorpha, the scientific name for sharks.

It started July 1, 1916, along the ocean in Beach Haven. It was late afternoon on a Saturday when a 25-year-old man tourist from Pennsylvania visiting at the Engleside Hotel decided to take a quick dip in the ocean before dinner. Bringing along his Chesapeake Bay Retriever who was playing on the beach, the young man, not far out in the water, began shouting. Those who heard him thought he was directing his attention to his dog; no one suspected a shark was furiously biting on his legs. When a lifeguard realized the swimmer was in trouble and got out to make the rescue, he told listeners later that the shark followed him to shore as he pulled the bleeding swimmer to land. The swimmer bled to death shortly thereafter in the hotel. 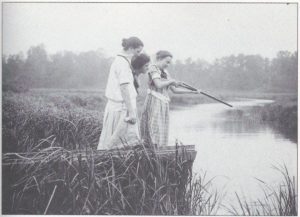 But while fear was rising, people were staying out of the ocean, it was the next two attacks that raised the most fear and wonder. These were in Matawan, another 30 miles or so up the coast, and more strangely, connected to the ocean only by Matawan Creek.  It was July 12, and a local resident, who was also a sea captain, reported he had seen an eight-foot-long shark in the Creek. No one believed it, preposterous as it sounded, even while boaters out in the ocean had reported numerous sightings offshore. After all, the Creek was safe, protected, somewhat brackish water, inland even from Raritan Bay.  It wasn’t until mid-afternoon when a couple of youngsters were playing near a Wyckoff’s dock along the Creek. They spotted what they thought was a weather-beaten log, but quickly realized it was a shark, once they spotted a dorsal fin. Rushing to climb out of the water, one youngster couldn’t make it and was pulled under. Calling for help the other youngsters got the attention of a local businessman who dove in, recovered the body, and tried to get back to shore. He, too, was bitten, and in the tragedy, was unable to hold on to the youngster who slipped from his grasp as horrified residents looked on helplessly. The rescuer’s thigh was severely gashed, and he too bled to death at Monmouth Medical Center early that evening. The youngster’s body was later recovered another 150 feet upstream from the dock where the boys had been playing.

Within a half hour of the attacks near Wyckoff’s dock, another youngster was attacked about a half mile north of the dock. He was taken to the hospital, where he stayed for two months for treatment for his injuries but fortunately survived the ordeal. 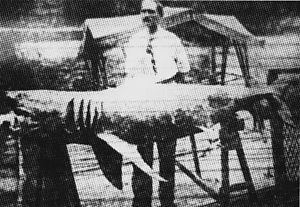