Is This Wine Still Good? 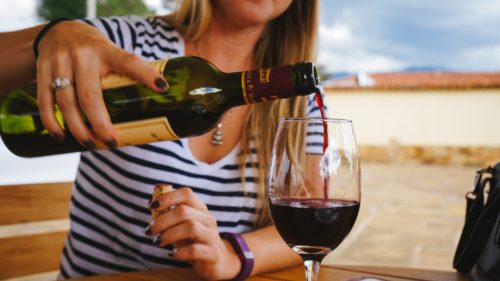 Recently,  I was asked a question about a “hypothetical” bottle of white wine. The question was how long can you keep or store a bottle of wine?

My answer was a very basic and truthful “That depends.”

So, like my friend, do you have a few unopened bottles of wine in the cupboard—wines that have been with you for a few years—and you want to know if they are still good?

Again, it depends. It depends on the wine, the vintage, the storage method, and the producer. Believe it or not, most wine today – about 95% of it – is meant to be enjoyed now, not stored and some wine labels state “drink now.” As a rule of thumb, if you’ve bought a bottle or two in the supermarket, they won’t get better over time—it’s probably better if you consume the wine within 12 – 18 months.

So what about this particular “hypothetical” bottle? This bottle was a white California Chardonnay, about four years old. Was it still good?

Well, maybe. The producer of this particular wine, is a good, consistent producer and although four years old is pushing it for an under $15 domestic Chard, it should still be okay. Not great, but drinkable and probably good with a meal. The best way to find out is to open it.

Here are a few guidelines for how long to keep your favorite wines.

My general rule of thumb for California Chardonnay is to consume it within four years of the vintage date on the label. Some of the finer Chardonnays will last longer because of the way they were aged such as “on the lees” in wood.
If your favorite is an inexpensive Chardonnay and you find a great deal on multiple cases, take advantage of it, just remember to consume it within two to three years. Better or higher quality Chardonnays in the $20 – $40 range can keep for five to seven years.

Riesling is an interesting grape because it ages well due to its higher levels of volatile acidity and low–medium alcohol level. It comes in a variety of styles from Kabinett (dry) to Trockenbeerenauslese (super sweet). Generally, Kabinett (dry to off-dry), Spätlese (sweet), and Auslese (sweeter) can last three to five years, though the very best can have a longer lifespan. Beerenauslese (very sweet) and Trockenbeerenauslese (super sweet) have been known to keep even longer. Riesling is the one type that has been documented to last more than 200 years. In 2016, a 1911 Eberbach Steinberger Riesling was still drinking well and the oldest known available Rüdesheimer Apostelwein Riesling from 1727 is still drinkable. 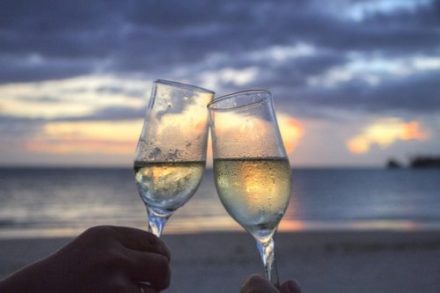 When it comes to one of my favorite wines, Sauvignon Blanc, the time frame is reduced to around two years before it begins to lose the rich and lively citrus, mineral and herbaceous qualities we know and love. The wines zingy vibrancy fades with age, develop a taste more akin to canned peas. When Sauvignon Blanc is blended with the fatter and complementary Semillon, like  Pessac-Leognan from Bordeaux it can be stored up to 20 years.

A lot of people like Pinot Grigio/Pinot Gris. The Italian versions of these whites are best enjoyed within one or two years. The exceptions to that rule are some of the Alsatian Pinot Gris. A Tokay-Pinot Gris, for example, can age from four to ten years and a Vendange Tardive can be held for as many as 20 years.

One of the best aging red wines is Cabernet Sauvignon. Because of the tannins, bottles can be stored for seven to ten years, if not a few more.

Pinot Noir, on average, should be consumed within five years. Some Californians can last for eight years and a quality Burgundy could last as long as 18 years.

Merlot is an interesting red, most should not be held for more than three to five years. High-end Merlots and Bordeaux can handle 25 to 30  years of storage. I opened a 1981 St. Emillon recently and it was still indescribably delicious for the first two hours, then the flavors and tannins fell off and it became rather ordinary. It was still good but would have been better had I opened it five years earlier.

The traditional red California Zinfandel can be stored for around five years.

White Zinfandel should never be held or stored. The same can be said about Beaujolais Nouveau. Beaujolais Nouveau should be consumed within six months of being bottled. This traditional Thanksgiving table wine is basically aged on the back of a truck. Literally. At harvest, the grapes are dumped into a tanker truck and the grapes undergo Carbonic maceration making the wine “ready to drink” within two months of starting fermentation, (it is usually released on the third Thursday in November every year.) This is one you drink up when you get it because by February it is already good for nothing.

What about Champagne?  Well, the Champagne houses do the work for you; even vintage bubbly is released at its ready-to-drink point.  Though there are some that will continue to develop in the bottle, treat Champagne as you would any other wine: pop the cork and enjoy!

If you want to buy a bottle that you’d like to age, first make sure what environment works best for aging wine, then go to a wine store or ask me, I’m always happy to talk wine!