Investors Need To Get Used To A World Of Low Rates 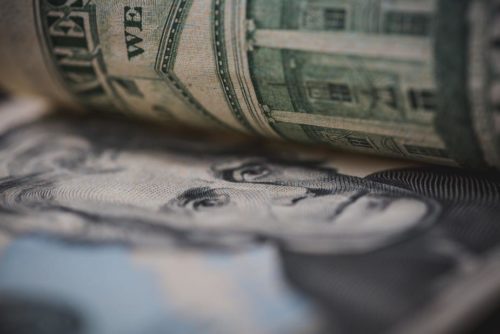 The ready consensus among asset managers and investors is that central bank buying has kept bond yields low over the past decade. Yet many economists — and even some policymakers — doubt that the asset purchases made via quantitative easing have been that effective. The Federal Reserve’s first shot of QE in 2009, when interest rates were still relatively high, was effective but subsequent rounds are judged to have been less so. Indeed, bond yields often rose during periods when the Fed was conducting QE. By the time the European Central Bank launched its own version of the programme, eurozone bond yields had already fallen. So if it’s not central bank buying, why else would interest rates be low? It’s a question with important ramification for investors, who this month saw the ECB call time on its QE programme and the Fed continue to unwind its balance sheet.

Ultimately, rates are low because growth is weak and inflation contained. There are two factors behind slower economic expansion. Feeble growth in countries’ labour forces, especially in the US— where the participation rate of prime-age workers has dropped — is one headwind. The other is the weakness in productivity growth. What’s clear is that inflation is historically lower than one would expect given the appearance in the US, Europe, and Japan of some late-cycle economic indicators including a peak in US car sales. During the financial crisis and recession, it was easy to grasp what put a floor under the drop in wages. The rise in unemployment should have given rise to a greater fall in wages. Factors that neoliberal economists refer to as “labour market rigidities” — but that are actually the result of a historically bloody fight that forged a social bargain between workers and employers in high-income economies — capped the drop in pay.

However, it is harder for many to incorporate such non-economic factors into an analysis of what is preventing higher wages. Yes, there are demographic issues like higher paid Baby Boomers retiring and young, less experienced and lower paid employees joining the workforce. Automation threatens not only lower-skilled jobs, such as in retail, but skilled workers are increasing at risk. Asymmetries of power may also help explain the stubbornly weak pay growth in countries with full or nearly full employment, like the US and Japan. The raison d’être of trade unions is to bolster workers’ pay and benefits. Yet since the late 1970s, the US government has made it more difficult for collective bargaining and representation. At the same time, thanks to the consolidation and concentration of industry, employers often find themselves as the monopolistic — or at least oligopolistic — buyers of labour. An often overlooked factor depressing interest rates is the relative abundance of capital.

The secular stagnation thesis expounded by Larry Summers recognises the condition of excess savings and industry’s weaker demand for capital. However, this problem may be a more fundamental condition of market economies. My recent book, Political Economy of Tomorrow, traces this issue from the first American who presented it, Charles Conant, at the start of the 20th century, and who worked here at Brown Brothers. Then there is the effect of excess capacity on interest rates. It is this excess capacity that helps drive down the price for goods, undermines wages and spurs the nefarious race to the bottom. There are important implications for investors if central banks are not the main cause of lower interest rates. For one, it means that rates will probably remain low even after the ECB finishes its asset purchases. It also suggests that US rates will probably stay lower than many models suggest appropriate for a given level of growth and inflation. This has knock-on implications for setting investment thresholds for businesses and portfolio allocation decisions. The dollar may still be in the third large rally since the end of the Bretton Woods era of fixed exchange rates, but this is a largely a cyclical story. The current US policy mix of tightening monetary and easy fiscal policy is explosive for a currency. It’s what Reagan and Volcker pursued in the early 1980s, and what Germany did through its leveraged buyout of the east.

Overall, the depth and breadth of US capital markets and the flexibility of other institutions is allowing the US to cope with a world of low rates and modest growth. Interest rates will remain low even after central banks finish their asset purchases. until growth and inflation increase on a sustained basis, which may have to wait for the next cycle. The absorption of the surplus savings and capacity will take longer to address and is the source of flash points in the world economy.

Marc Chandler has been covering the global capital markets in one fashion or another for more than 30 years, working at economic consulting firms and global investment banks.