How Much Control Can Parents Have Over The Internet? 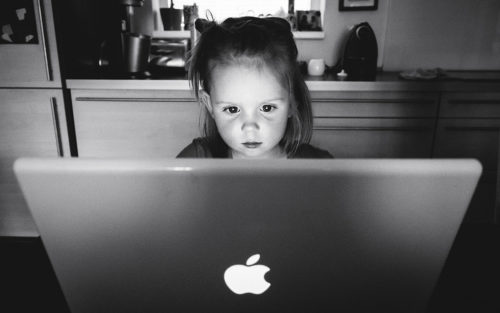 Looking at this as a parent myself, and a technologist, I say “just enough” control is all I really need.

I want something that will lessen my own anxiety and make me feel like I’m in charge…not my kids. I’m one of the few parents I know that actually knows more than their kids about technology. So I can only imagine some of the genuine fear that some may have when the kids are behind closed doors or little Johnny’s friend brings over his laptop or iPad for a playdate. What are they watching? Why do they keep hiding the screen when I walk in the room? 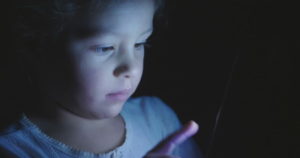 As I am prone to say, “the fun never stops”.

There have been many approaches to the concept of “parental controls” since computers began appearing in kitchens and family rooms in the mid-1990s. Some of the early players were software programs that got installed into a computer and could filter internet requests. It was sometimes tedious to work with because you often had to create your own “black list” of websites or keywords that you didn’t want your kids to see. And then came the “white list” when good things got blocked.

We saw a lot of this being applied when classrooms full of computers started appearing. Products like NetNanny, SafeEyes and K9 were popular and did the job. In homes, some parents would put the computer with the screen pointing into an open area so they could see everything. That was a great deterrent. The software helped too, but kids are curious. Naturally. It’s normal.

Next, we saw some internet routers that had some of this web-filtering capability built-in already. That was helpful in homes with more than 1 computer, which started in the early 2000s. It was a great start to what I call “whole-house” protection. Anything that connected to the router to get internet access had the parental controls applied. Sounds good, but it was cumbersome. Again, you had to create white and black lists of websites and keywords.

As time marched on, these products got better. Then the websites themselves got classified based on content, which helped a lot. Like the movie or video game rating system; G, PG, MA, R, etc. The software installed on the computer or built-in to the router could filter by category. You could easily block things like guns, drugs, sex, hate and more. They also started using their own database of dirty words and phrases so you didn’t have to make your own lists. Some of those words…wow!

These days with each person having 2 or more devices (and some of those persons are under the age of 5!) managing the internet access and content allowed has become a real job to manage. Software and apps can do a lot, but they are device-dependent. If the software gets removed or another device is used, then it doesn’t work. I run into parents all the time that tell me about the best app they just put on their kids’ phone and how they feel so safe knowing they are being protected. Until I show them the workaround that kids can usually find a few hours after you put something on the device. I often say, “install something at breakfast and they found a workaround by dinner”. This is not true for all, but I see this a lot.

So what’s a concerned parent to do? 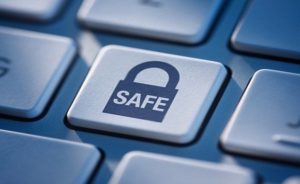 I prescribe to the idea that in life there is “an acceptable amount of abuse”. This may not be popular, and abuse is a strong word, but somehow fitting. In the 1980s it was using the work phone to talk to your sister in Indiana. In the 1990s it was using AOL instant messenger to chat with your friends. In the 2000s it was using company internet to sell your Beanie Babies on eBay. Now it’s social media and texting while working. It’s OK to do these things a little. We sometimes need to look the other way…but not for long. I think the same thing applies to the kids and internet access. We hope they make good choices based on how we raised them.

Back to the “whole-house” solutions. The concept here is that ANY device that enters your home can have filters applied. Individual profiles can be created for each family member and their respective devices to allow the proper amount of access. A 5 year-old shouldn’t have the same access as a 15 year-old. The bigger bonus these days is how much control we can actually have. Things like a “bedtime” when the internet will cutoff for a user and ALL their devices. You can even assign an amount of time per day they can spend on their devices; even how much time per app can be assigned also. Some devices even allow for a PAUSE the WHOLE HOUSE for when it’s dinner time. Game changer!

In the end, parental controls are good. They can help us feel better about what our kids our seeing and how much they are seeing. But it’s no substitute for good parenting. Tell your kids why the internet can be bad…or addictive…or hurtful…or helpful. Teach them about time. Good time. Bad time. Wasted time. Time well spent. You get the idea.