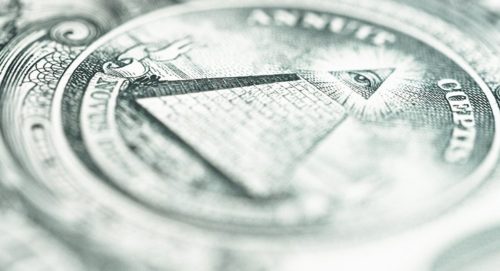 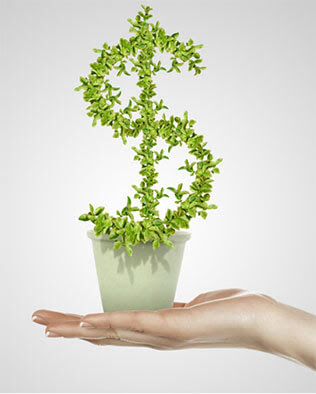 The US dollar is trading firmly in Europe after consolidating yesterday’s gains during the Asian session and ahead of the first look at Q2 GDP.  Yesterday’s economic reports, including durable goods orders and inventory data, saw the Atlanta Fed’s GDPNow tracker lower its forecast to 3.8% from 4.5%.  Most market surveys likely do not incorporate the impact of yesterday’s reports, suggesting some downside risk.

The White House has been playing up a strong report, though in fairness a 3.8% report would still be regarded as strong.  Nevertheless, there does appear to be widespread recognition that the robust pace is not sustainable and growth in H2 is expected to return to around 2.5%.  Quarterly GDP has averaged 2.4% over the past eight quarters and 2.3% over the past 20 quarters.

Tax cuts, a smaller trade deficit as some exports were boosted ahead of the tariffs (e.g., soy), a recovery in consumption despite the stagnation of real hourly and weekly earnings appear to have helped boost growth.  Consumption, which drives the world’s biggest economy slowed to a five-year low in Q1 of 0.9% and is expected to have bounced back.  A 3.0% pace would edge up the average over the past eight and 20 quarters of 2.7% and 2.8% respectively.

There is little doubt in the market that the Federal Reserve will hike rates at its late September meeting.  Although the FOMC meets next week, there is practically no chance that the Fed will raise rates.  There may be a dispute over precisely what “gradual” means but in this context, it does not mean back-to-back rate hikes.  All the changes in rates since the normalization cycle began at the end of 2015 took place at a meeting with updated forecasts and a press conference.  The market is less convinced, at this juncture, of a December hike with about a 60% chance discounted.  Recall that it was the change of one member’s forecast that lifted the median dot plot in June to show that fourth hike for this year.

Rather than the FOMC meeting, the focus has been on next week’s Bank of Japan meeting.  It seems quite clear that the BOJ is considering adjusting its extraordinary policies.  The measures that are being discussed by market participants include an increase in the 10-year yield target, a change in the way the bonds are being purchased, and a shift in ETF purchases toward the Topix,  Some businesses have also argued against the central bank buying negative yielding corporate bonds.

The Tokyo July CPI ticked higher (0.9% from 0.6%, and excluding fresh food and energy 0.5% vs. 0.4%) but it is hardly sufficient to signal much progress.  Recall too that the week began with a disappointing manufacturing PMI.  The BOJ seems to be willing to adjust their policies not to take a step toward the exit, but to put the efforts on a more sustainable path, which will allow them to be extended while minimizing the distortion for banks and businesses.

The third macro development to note is that the EU negotiators have rejected May’s proposal for Brexit.  Barnier was clear that non-EU members could not be approved to collect it duties which May proposed as a workaround.  Barnier suggested instead that the UK remain in the customs union,  which seems to be Labour’s position.

In any event, the likelihood of a Brexit without an agreement (in which case, the relationship revert to the WTO rules) appears to be increasing, and preparations for this are moving forward.  Although some reports suggest that more people favor a second referendum than are opposed, it is not obvious that another referendum would resolve the issue.  The problem seems to be that even if there is a majority to leave, there is no agreement on what it ought to look like in practice.

Asian equities advanced, with the MSCI Asia Pacific Index rising 0.4% to extend its winning streak for a fourth session, the longest advance since March and is at a four-week high.  The last leg down began in early June, and the low was made at the start of the month.  This benchmark is up for the past three weeks and has retraced nearly 50% of the recent drop.  Foreign investors returned to several of the regional equity markets this week, including Korea, Taiwan, Indonesia, and Thailand.  Chinese markets eased today but managed to close higher for the week, with the Shanghai Composite adding nearly 1.6%.  Speculation of the shift in BOJ equity buying saw the Topix rally 1.75% this week, while the Nikkei rose a little more than 0.5%.

European shares are also moving higher.  The Dow Jones Stoxx 600 is up about 0.2% in late European morning turnover.  Telecom, financials, and utilities are leading the advance, while consumer discretionary and health care are drags.  The easing of trade tensions between the EU and the US, and especially the reduced threat of auto tariffs, helped European equities trade higher in recent days.   If the Dow Jones Stoxx 600 closes near current levels, the weekly rise of nearly 1.5% would be the largest since March.  It would be the fourth consecutive weekly advance and a six-week high.

In the bond market, core European yields are edging higher, while peripheral yields are a touch softer.  The US 10-year continues to hover a little below 3%.  Australia and New Zealand 10-year benchmarks rallied, with yields falling around four basis point to 2.64% and 2.72% respectively.

Marc Chandler has been covering the global capital markets in one fashion or another for more than 30 years, working at economic consulting firms and global investment banks.