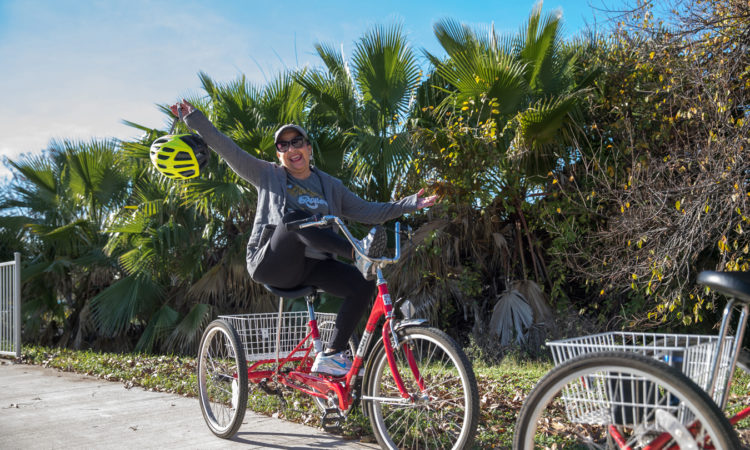 Retired state employees Vickey Benford, 63, and Joan Caldwell, 61, are Golden Rollers, a group of the over-50 set that gets out on assorted bikes — including trikes for adults they call “three wheels of awesome” — for an hour of trail riding and camaraderie.

“I love to exercise, and I like to stay fit,” said Caldwell, who tried out a recumbent bike, a low-impact option that can be easier on the back. “It keeps me young.”

Benford encouraged Caldwell to join the organized rides, which have attracted more than 225 riders at city rec centers and senior activity centers. The cyclists can choose from a small, donated fleet of recumbent bikes, tandem recumbents and tricycles.

“With seniors, it’s less about transportation and more about access to the outdoors, social engagement and quality of life,” said Christopher Stanton, whose idea for Golden Rollers grew out of the Ghisallo Cycling Initiative, a youth biking nonprofit he founded in 2011.

But that’s not all, according to brain scientists. They point to another important benefit: Exercising both body and brain can help people stay healthier longer.

The new thinking about aging considers not just how long one lives, but how vibrant one stays later in life.

“If you’re living, you want to be living well,” said Tim Peterson, an assistant professor of internal medicine at the Washington University School of Medicine in St. Louis. “Most people who were interested in life span and were studying genes — which control life span — switched to ‘healthspan.”

“Healthspan,” a coinage now gaining traction, refers to the years that a person can expect to live in generally good health — free of chronic illnesses and cognitive decline that can emerge near life’s end. Although there’s only so much a person can do to delay the onset of disease, there’s plenty that scientists are learning to improve your chances of a better healthspan. 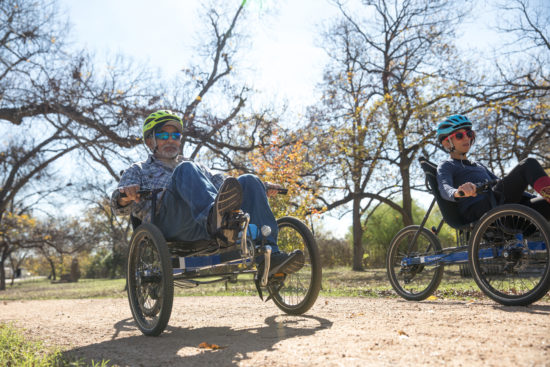 The work takes on special resonance in light of a new report published in the Journal of the American Medical Association showing that life expectancy in the United States has decreased in recent years. A rise in midlife mortality (ages 25 to 64) has dragged down the overall expectancy.

“The idea is to make people productive, healthier and happier longer and more capable taking care of themselves,” said Andreana Haley, a psychology professor at the University of Texas at Austin who is among this breed of researchers working to understand healthspan. “We now live a long time with a lot of chronic diseases, and it’s not fun. It’s costly — in terms of productivity, caregiving responsibilities, cost of health care.”

Haley, who collaborates with exercise physiologists, nutritionists, behavioral neuroscientists and physicians, said researchers from many other disciplines are also studying healthspan, such as nurses, speech pathologists and pharmacists.

Their work is inspired by an aging U.S. population with changing needs. According to the U.S. Census Bureau, 10,000 people a day turn 65, the nation’s fastest-growing population segment.

“We have a lot of people who will need to be taken care of in the next 50 years,” she said, “and fewer young people to do the care.” 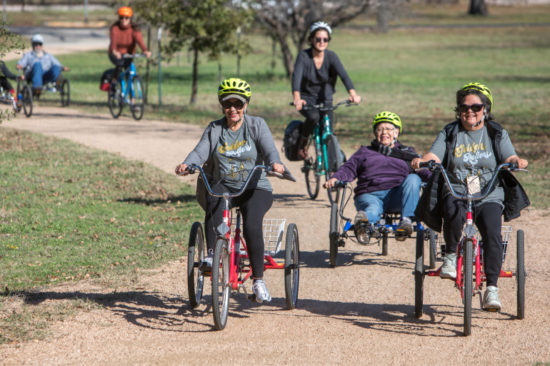 Haley, with UT’s Aging and Longevity Center, focuses her work on midlife, which she defines as ages 40 to 60, a time when health choices can have a big impact on older years. She’s especially interested in brain health.

Her team is collaborating with UT’s Human Laser Lab to pilot the use of low-level light therapy to increase brain energy and improve cognitive performance.

Because of this close brain-body connection, any degeneration in the brain affects not only cognitive function but also areas that control weight, appetite, personality, mood and blood pressure.

Online games and brain-training exercises have become popular as another way to keep the brain sharp.

However, research on brain training reflects mixed results, including a study published last year in the journal Neuropsychologia, which “calls into question the benefit of cognitive training beyond practice effects.”

Still, aging experts urge people as they age to work to keep mentally active, as well as physically active, to lengthen their healthspan. 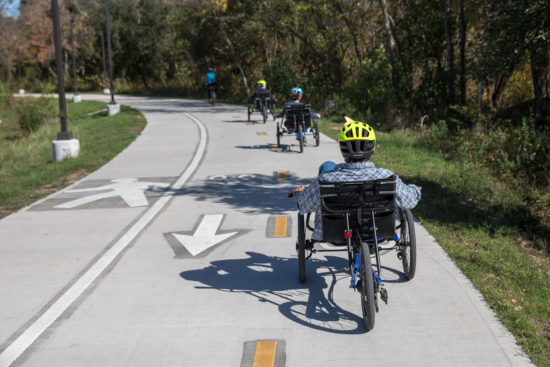 One of the country’s largest continuing-care companies, Acts Retirement Communities, offers residents weekly social-based classes for brain fitness and memory developed by Cynthia Green, an assistant clinical professor of psychiatry at Mount Sinai in New York City. Green said her brain health approach, available since 2015, is offered at 150 retirement communities around the country.

Some of the Acts communities are participating in a two-year study about memory improvement supervised by a researcher at the University of Alabama.

Helen Marner and her husband, Jim, both 76, are study participants at Indian River Estates, an Acts community in Vero Beach, Fla.

“I’m always interested in bettering my health, my brain and my body,” Helen Marner said. “I’m interested in keeping myself as alive and current and bright as I can.”

Marner bikes, swims and attends exercise classes. The former kindergarten teacher also sings in two choirs, designs and sews quilts, and is active around town as well as at Indian River Estates.