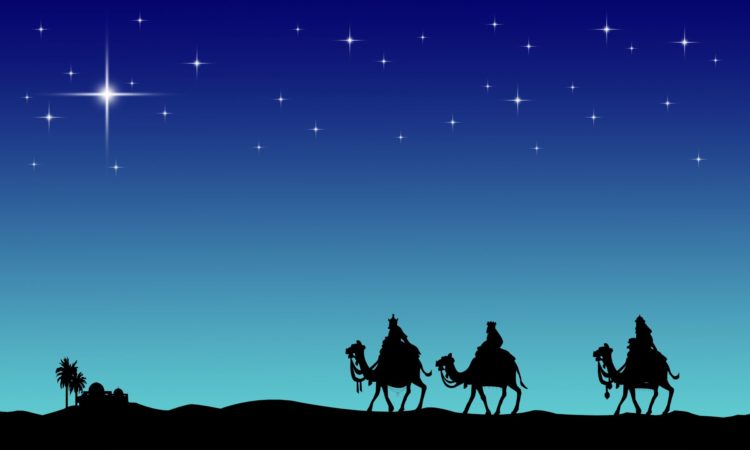 It’s the first time it’s happened in 800 years and it’s happening on the Winter Solstice, the longest night of the year. But the Christmas Star will put a bright end to a year that has been racked with a pandemic and discord.

Scientists believe that the Star of Bethlehem which led the Three Kings to the birthplace of Jesus was actually a conjunction of Jupiter and Saturn, the two largest planets visible from earth. That has happened several times in the subsequent years, but not since 1226, the year when Genghis Khan was taking over parts of Russia and the 5th Crusade was trying to capture land in Egypt, has it been this close and visible to the naked eye.

When the pair of planets conjoined 20 years ago, as they do approximately every twenty years or so, that was the first time in 400 years they were as close as they appeared. Yet they were not visible because of their proximity to the sun, blinding us on earth from all chance of seeing it. This year, they are closer yet and visible throughout the northern hemisphere.

Their conjunction is actually a misnomer. Scientists point out the planets, though they appear to be a tenth of a degree apart from each other, are actually still hundreds of millions of miles apart. Still, their proximity will make it appear they are a single star, shining one bright light in the sky. 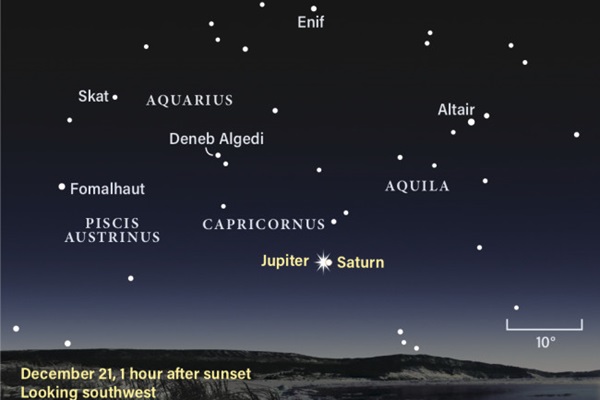 The Great Conjunction, or as it has become known, the Christmas Star, will be visible from just after sunset on December 21, in the southwest sky around 7 p.m. Jupiter is the planet on the left, Saturn on the right. The two lights will then disappear below the horizon. Although that is when the planets are closest and most visible, both Jupiter and Saturn are both visible in clear skies throughout the month.

Will we ever get to see such a major conjunction again? Yes, on Nov. 2, 2040, Saturn and Pluto will come close enough again to appear to be a single star….But that year, they will be 11 times further apart than they will be Monday night.

Some believe the Christmas Star of 2020 will mark the end of bad times and be a brilliant forecast of brighter times in 2021.