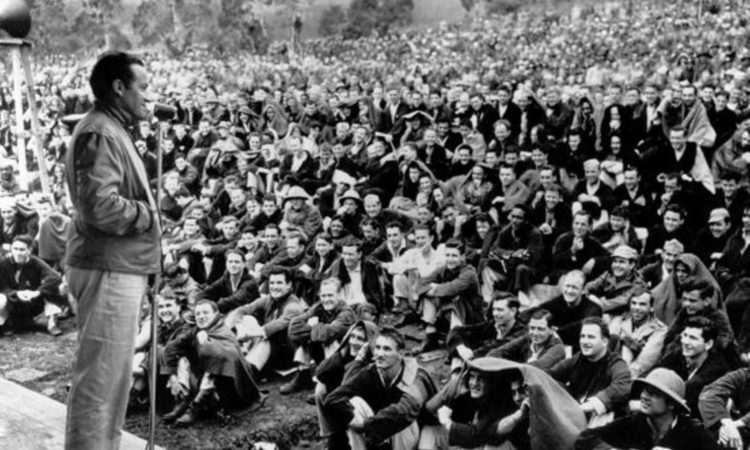 By Tracey Hall~
One of the fondest memories I have from when I was growing up was watching Bob Hope’s Christmas Specials. Every year he went to visit our troops and bring them some good old fashioned comfort and joy. It wasn’t until recently that I learned the scope and magnitude of those yearly trips. 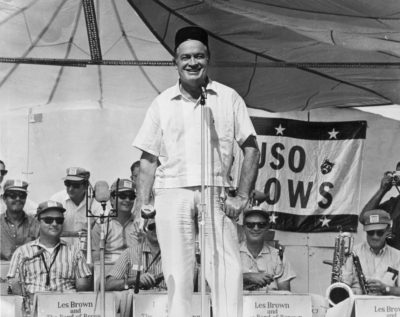 His first show was at March Field in Riverside, California, in 1941 then began taking his show on the road after the United States entered World War II. This continued for nearly half a century until his final USO tour in 1990 in Bahrain and Saudi Arabia as part of Operation Desert Shield.
Hope headlined 57 USO tours, bringing so much joy to the lives of U.S. military men and women serving in World War II, Korea, Vietnam, the first Gulf War, and beyond. He was deeply proud of this work and most of all, Hope loved to make ’em laugh! 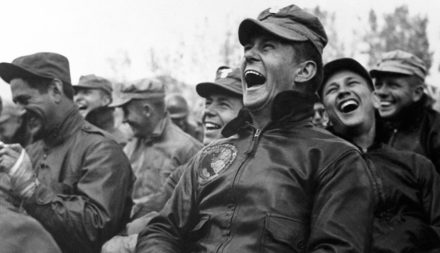 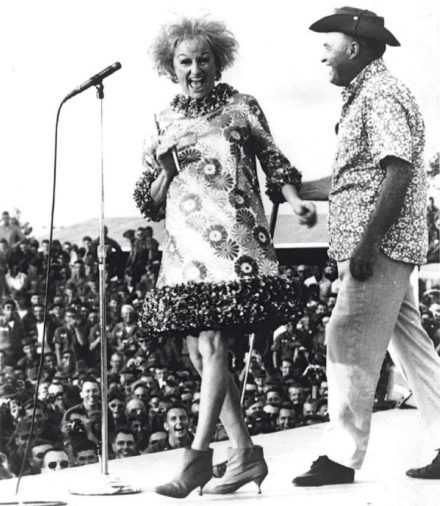 In addition to his quick wit, troops were entertained by many famous singers, dancers, comedians and musicians who all gladly traveled along with Hope to the other side of the world- where ever our troops were stationed. 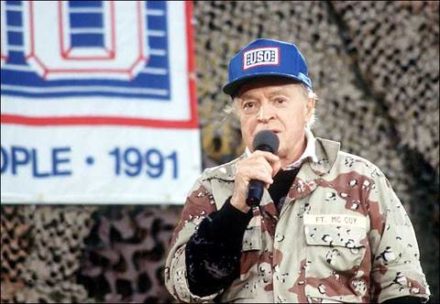