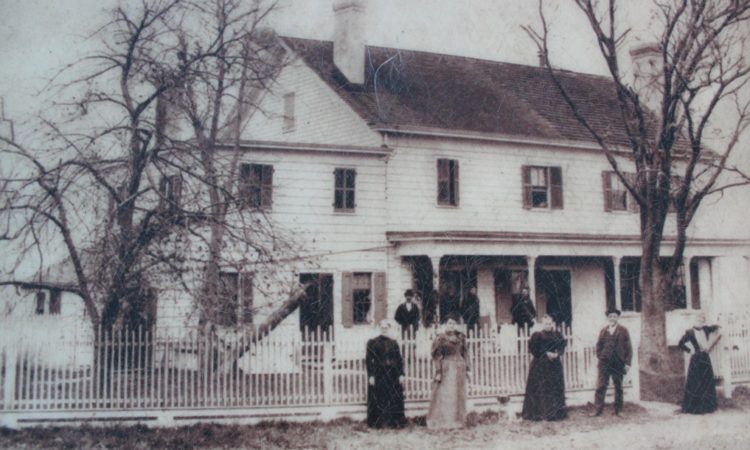 Once called the most haunted house in America, the Spy House in Port Monmouth is home to the Monmouth County Park System’s Bayshore Waterfront Park and more properly called the Seabrook-Wilson House. However, it’s the stories of ghosts, pirates, funeral services and a mischievous little boy named Peter that still capture the heart of local residents who have heard and spread the tales for decades. 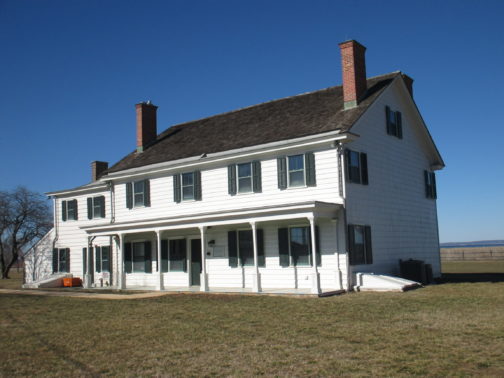 Originally the home of Thomas Whitlock, built in 1663, the original log cabin has been expanded over time and converted to the three-story wood-framed structure it is today. Park historians date it only to 1720 when it was built by the Seabrook family and after five generations of Seabrook was home to William Wilson, a 19th-century farmer and preacher who married into the family.

In its lifetime before becoming a museum, if the traditionalists are to be believed, it was a private home, an inn, and a meeting hall for both British soldiers and colonists. As an inn, it was where colonial spies kept an eye on British ships off the Sandy hook coast during the Revolution, hence the Spy House name given by the colonists.
Gertrude Neidlinger, a beloved former concert singer who lived nearby in the 1960s, saved the building from demolition and turned it into a hands-on museum. She gave animated talks to thousands of school children, who swore they got chilling vibes and saw visions while walking through the rooms and touching the hundreds of artifacts throughout the building. There were cool breezes in hallways and on the stairs; there was the scent of a pipe burning tobacco. There were banging noises and clanging around the pot-belly stove; indeed, many felt Mr. Whitlock was right in their midst.

And there were more. There was Abigail, the lady wearing a long black skirt, red blouse, and a black bow in her hair under the bonnet tied under her chin. Abigail often stared far out to sea, perhaps in wait for her lover, a sea captain who was lost, culminating in her mournful cries frequently heard in the upstairs bedroom.
There was Robert, reportedly Capt. Morgan’s first mate, who was frequently seen at one of the windows, as well as a colonial woman usually spotted around the fireplace doing her housekeeping. And everyone loved the patron of the place when it was a house of ill repute……. there are stories of how young ladies could feel his pinch on their derrieres as they walked through some of the rooms.

Not all the ghosts at the Spy House were reported to be bad or even mischievous. Rev. William Wilson’s ghost was in a back bedroom, his Bible ever in his hand, and often conducting funeral services. Even Penelope Stout who reportedly lived at the Spy House at one time is said to have been spotted from time to time, often in a front bedroom holding an infant, though she had no children of her own.

Peter was a British youngster, who lived at the Spy House sometime in the 1800s and has been seen wearing knickers and a blouse and being quite mischievous. Visitors often talked about how he would turn off tape recorders or ruin cameras of people trying to take photos or hear him laugh. 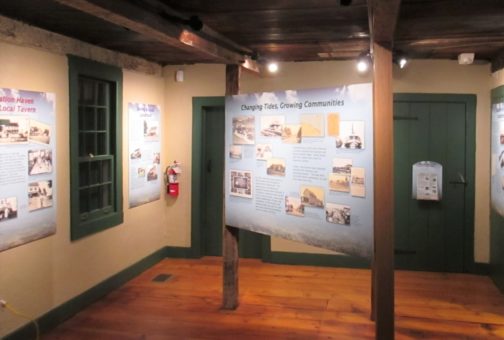 Today, the Seabrook Wilson House, located at 719 Port Monmouth Rd., has been restored as an Activity Center, situated on a 227-acre park overlooking the Sandy Hook Bay where visitors swore they saw sea captains, damsels in distress, and prayerful preachers. It is home to numerous exhibits on nature, history and ecology.

Open seasonally, there’s little talk of ghosts or sea captains or little boys breaking cameras. But it’s worth a visit to see if you can hear, smell, or see for yourself some of the history of centuries past.