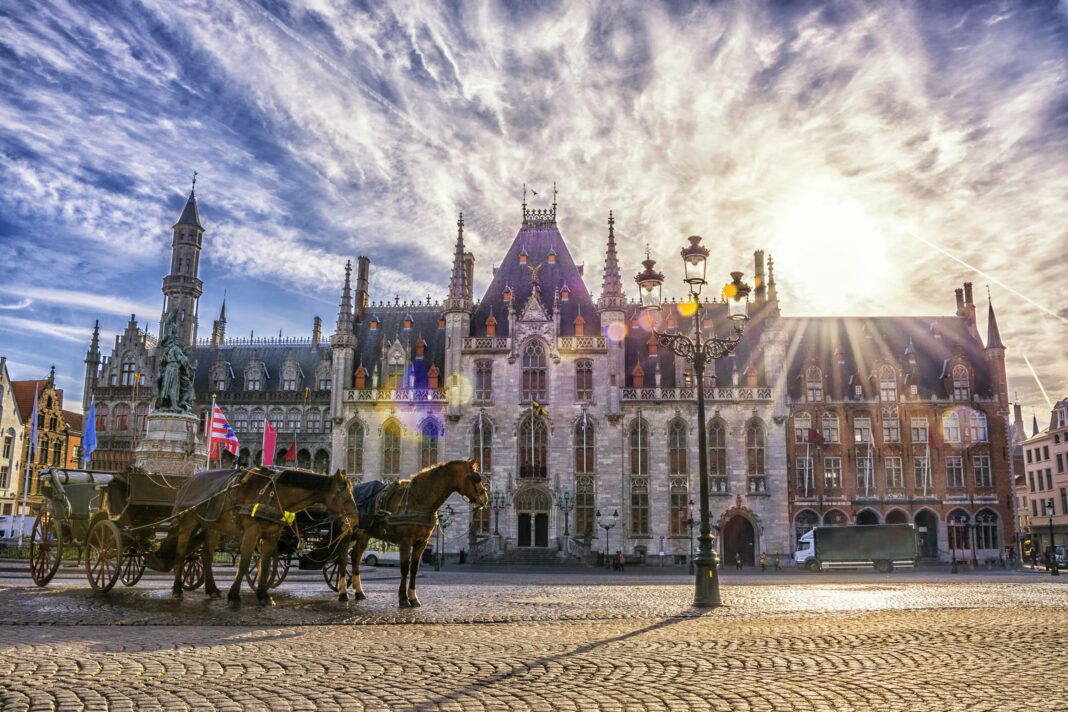 If you set out to design a fairy-tale medieval town, it would be hard to improve on central Bruges. Bruges has most of its medieval architecture intact, making it one of the best-preserved medieval towns in Europe. 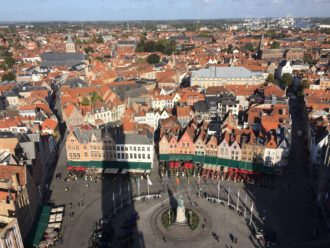 A World Heritage Site since 2000, Bruges, the capital of West Flanders in northwest Belgium, is distinguished by its dreamy canals, picturesque cobbled lanes, historic churches and photogenic market squares all lined with soaring towers. 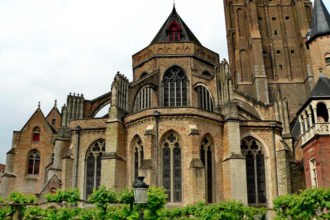 Many of its medieval buildings are notable, including the Church of Our Lady, whose brick spire reaches over 379 feet, making it the world’s second-highest brick tower/building. The church’s showpiece is Michelangelo’s white marble statue Madonna and Child which is believed to be the only of Michelangelo‘s sculptures to have left Italy within his lifetime.

Thanks to its large number of canals and bridges (of which there are more than 80) Bruges is often referred to as the Venice of the North. Tourists can explore the city by sailing along its canals.  In its relatively small territory, Bruges also has concentrated more castles than any other country in the world. More than 50 of Flanders’ 470 castles are located in this city and its surroundings. 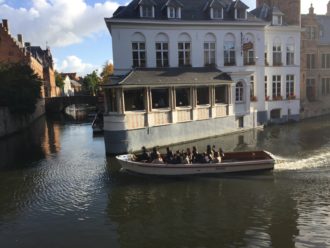 In the city’s center is Burg Square, a majestic architectural square, highlighted by the 14th century City Hall and the Basilica of the Holy Blood. The relic of the Holy Blood was brought to the city after the Second Crusade. Every year, the city hosts the Procession of the Holy Blood, which began in 1149 when, during the Crusades, a Flemish count brought to Bruges a receptacle used for storing Christ’s blood. Now, hundreds of thousands of pilgrims come to Bruges to bow to it. The mile-long procession takes place with many dressed as medieval knights or crusaders. 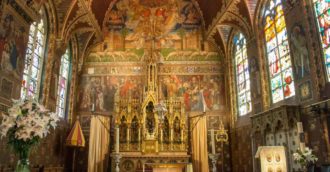 Nearby Market Square has been dominated for centuries by Bruges’ most famous landmark – Belfort, a 13th-century belfry with a 47-bell carillon and 83 meters (272.31 feet or 27-34 stories) tower. 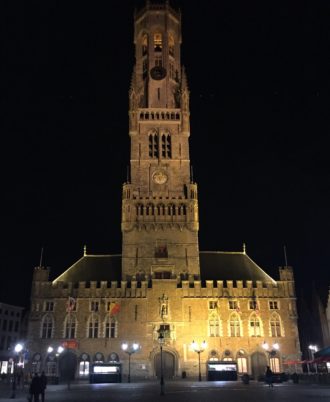 It attracts some eight million tourists annually, who pay 12 Euros to climb its 366 steps for an awe-inspiring panoramic view of the city. The city still employs a full-time carillonneur, who gives free concerts on a regular basis.  The Market Square is also the regular standing place for Bruges’ famous horse-drawn carriages. 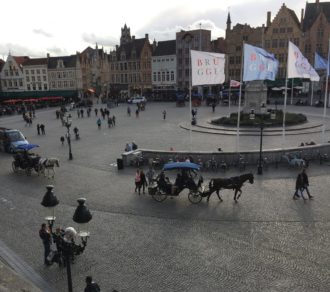 All these places are a 10-minute walk from the Bruges train station.  World-renowned for its chocolate, beer and exquisitely beautiful lace products, Bruges also features a myriad of outside cafes, perfect for resting one’s feet after a full day of sightseeing and shopping. And although the cafes are ideal for enjoying a locally brewed Belgian beer and unsurpassed people watching, most are not your best bet for dining as they are aimed at the tourist, meaning expensive and not the best examples of local cuisine. 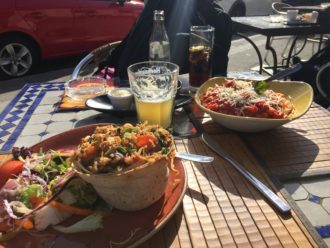 Ask your hotel front desk for suggestions for one of the out of the way spots (of which there are many within short walking distances from the squares) to experience the true flavor of Belgium. The walk back to your hotel at night will give you a chance to experience the beauty and peacefulness of Bruges, making you feel like you have landed in a surreal enchanted land.

Also, don’t pass up the chance to experience a uniquely Belgium breakfast – a warm waffle (of course!) topped with bananas, apples and strawberries, Nutella and whipped cream.  Heavenly! 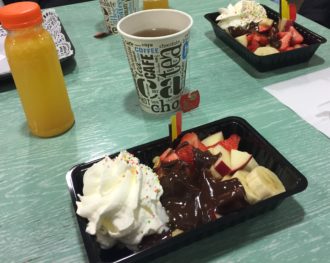 When you return home, make it a point to watch the movie In Bruges with Colin Farrell to relive the other-worldly magic that is Bruges.

Share
Facebook
Twitter
Email
Print
Previous articleItaly Is An Ocean Away, But It Just Got A Lot Closer To The Shore…
Next articleTraveling? How To Choose A Pet Sitter