Understanding the History of Port Wine

By Barbara Hay
Port has a reputation for being higher in alcohol, noticeably sweeter, with more body and palate density than other still wines. 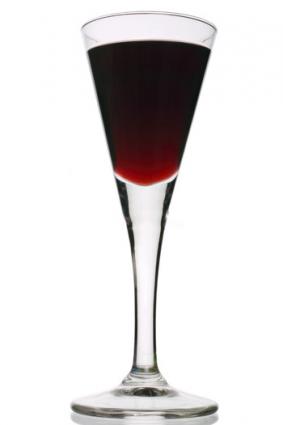 Made for centuries in the rugged region of northwest Portugal’s Douro Valley, Port is a fortified wine that leans heavily on the sweeter spectrum. Fortification means it is a wine with the addition of a stronger, higher-in-alcohol neutral spirit, generally aged, and because it is rich and sweet, is often sipped out of special little dessert glasses.

Fans of rich cheese and decadent desserts appreciate Ports pairing versatility as it is a popular addition to chocolate cakes, sweet gooey chocolate sauces and even used as a reduction for savory dishes like steak (especially a blue cheese topped steak). Often Port is simmered until it becomes a thick syrupy sauce which is added to recipes or just drizzled it over a dish, much like a balsamic glaze. Port is a great flavorful alternative to brown sugar or maple syrup.

Today, various renditions of Port are made outside of Portugal in places like California and Australia to name two. However, real Port Wine can only be made in Portugal. Non-Portuguese Ports are typically made from raisined grapes and often lack the depth and remarkable acidity that comes with the original.

True Port is the unique blend of the Portuguese indigenous grapes like Touriga Franca, Touriga Nacional, Tinta Roriz (aka Tempranillo), Tinta Barroca and Tinta Cão, and there are said to be at least 52 varieties! Each grape adds a unique flavor to the blend. For example, Touriga Nacional adds blueberry and vanilla notes, and Touriga Franca adds raspberry and cinnamon notes. Additionally, when picking up a bottle, authentic Portuguese Port has the designation of “Porto” on the bottle’s label.

While much of the Port we see in the supermarket is of average quality, there are fine Ports that are highly treasured for sipping and can cost several hundred dollars.

In broad terms, Port can be split into two distinct categories:
Wood Aged or Bottle Aged. Wood-aged Ports are typically ready for early enjoyment, designed to be consumed while still relatively young. The bottle-aged beauties, like Vintage Port, are built to go the distance, often requiring another decade or two to reach full maturity.

As it’s already been mentioned, Port is a sweet wine with flavors of raspberry, blackberry, caramel, cinnamon and chocolate sauce. There are several different kinds of port, but the primary styles of Port include a red Port with more berry and chocolate flavors (and slightly less sweetness), and a tawny-colored Port with more caramel and nut flavors (and more sweetness). Fine aged Vintage Port or 30+ year Tawny Port have an even wider array of subtle flavors including graphite, green peppercorn, hazelnut, almond, butterscotch and graham cracker.

When serving Port, try to keep the serving temperature just below room temperature, right around 60°F degrees (16 °C). Serving Port wine with a slight chill will lift the aromatics and focus the innate fruit and flavor components. Use a Port wine glass which smaller than a regular wine glass or brandy snifter and it is designed to hold the standard serving size of approximately 3 ounces. Once opened Ports can last from a day (Vintage Port) to several weeks for Ruby Ports and several months for Tawny Ports. 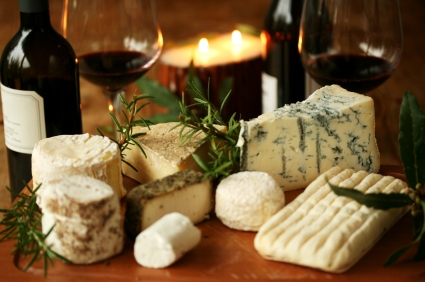 Port wine pairs wonderfully with richly flavored cheeses (including blue cheese and washed-rind cheeses), chocolate and caramel desserts, salted and smoked nuts, and even sweet-smoky meats (barbecue anyone?). A popular way to serve Ruby Port in the summer (with a meal) is on the rocks with a peel of lime!

Port also makes a fine holiday gift for a wine or liqueur drinker it’s richer texture and flavor profile makes it a special gift, not to mention it curls up nicely with you in front of a roaring fire!