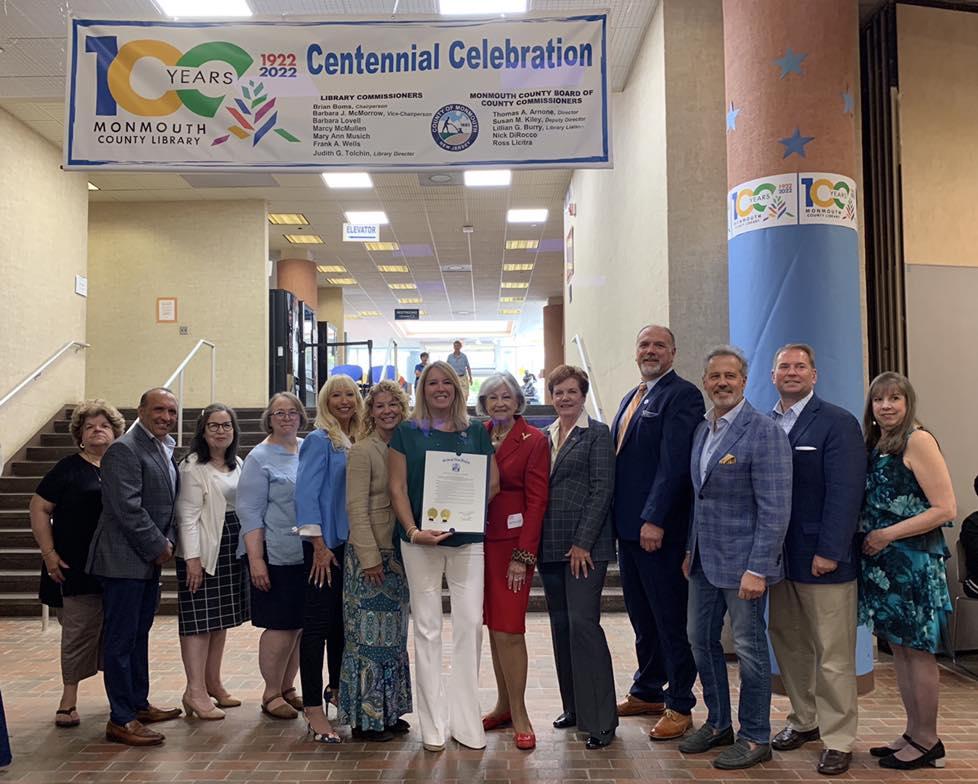 The Monmouth County Library is 100 years old this year, and each of the branches has done some pretty spectacular ways of celebrating it. By all means, stop in Eastern Branch in Shrewsbury and see the Dewey Decimal system creative display. Shrewsbury’s former Mayor Don Burden, who is also a former member of the Library Commission, said it’s fantastic and well worth everyone seeing. 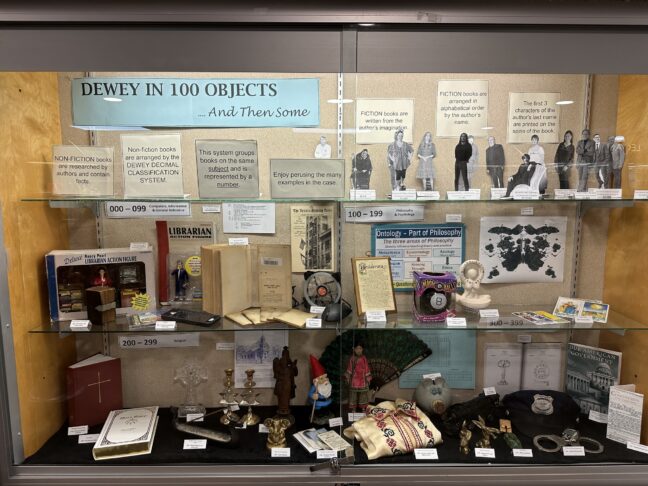 Also fascinating was the talk County Commissioner Lillian G. Burry was scheduled to give. Unfortunately, the Commissioner, who has rarely missed anything to do with the Library, was unable to attend, and the Executive Director read her talk. For those not in attendance, here’s a copy of what Commissioner Burry said. She has been the County’s representative on the Library for years and years. Also absent from the festivities was Renee Schwartz, that petite dynamo who headed the Library Commission for 50 years and made such an impression the children’s room at Eastern Branch was named in her honor.
Mrs. Burry, historian, library lover, scholar, and historian, wrote the following, giving all of us who could not attend the ceremony something to think about and learn:
“Every great civilization has had its own unique qualities but one thing they’ve had in common is a recognition of the importance of learning. For the advancement of learning they all sought to acquire knowledge and to give it a home in a library.
Twenty-three hundred years ago, the greatest library in the Classical world was built in Egypt in the city of Alexandria which became the center of culture and learning for the Mediterranean world.
It is reported to have held the writings of all of the greatest minds of Antiquity…Homer, Plato, Aristotle and many more as well as texts from Egypt and many other cultures. It is reported that it met its final end in 391 AD because it was filled with the works of pagan writers and those in power wanted to put an end to pagan culture.
I’m reminded of this because the two ideas that built and destroyed the greatest library of its Age are still with us. One is the desire for knowledge, to possess it and to share it freely and widely. The other is the desire to limit the freedom to experience the words and thoughts of the great thinkers of every age and culture without bias or prejudice or censorship.
As freedom of speech is more than the right to say, “have a nice day,” implicit in that right is the right to be heard or read, as the case may be. Values and beliefs change over time. But the right to express and share them must remain a constant in a truly free society
This is why we build libraries that are ‘free’ and ‘public’ so that everyone can come together and share in the vast diversity of thought and expression that is available to us now.
For a hundred years, we have been pursuing these values here in Monmouth County and it is my greatest hope that this pursuit will continue for many hundreds of years after all of us are gone.
And now allow me to go back in recent time and recognize several personalities that assisted us in the Library’s growth over the years. Some of the early directors included Livingston,– who brought jazz to Monmouth County, Ken Sheinbaum, and our current director, Judi Tolchin – who survived the pandemic.
Some of the early chairs of the Board of Directors include the outstanding Renee Schwartz, whom I have credited with taking us from the bookmobile stops to 13 branches and one of the largest circulating libraries in the state.
Others that stood at her side:
Don Burden “Mr. Shrewsbury” himself and even more recent and current board members Nancy Grbelja and her outstanding leadership, Frank Wells, always Mr. Dependable, Grace Abernof and her large measure of common sense, Freeholder Ted Narozanick, who always kept the library in the hearts and minds of all, Peter Doyle with his devotion to Atlantic Highlands resulted in Atlantic Highlands becoming a branch, Donald Burry, who has libraries in his DNA and became part of a group of Colts Neck individuals who built the Colts Neck Library with local donations.
There are more to whom we are all grateful, including Heidi Amici; Muriel Smith who wrote wonderful articles regarding the library, Brian Boms, the current chair, and ably assisted by Barbara McMorrow, not a new arrival to Monmouth County Library.
I hope I didn’t leave anyone out.
HAPPY BIRTHDAY MONMOUTH COUNTY LIBRARY – 100 YEARS!!