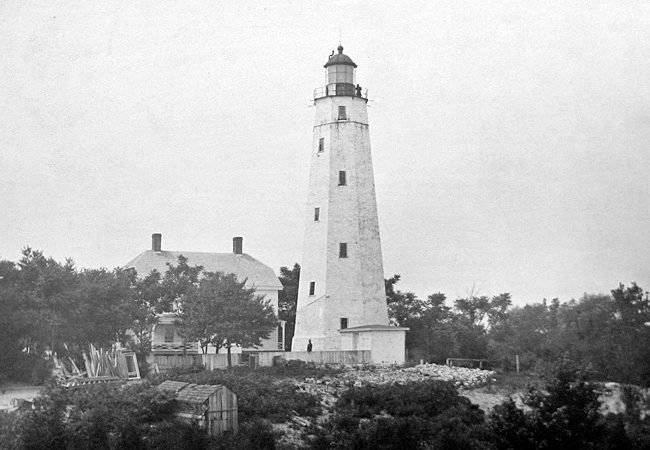 On the first day of Women’s History Month, here’s a tale of a woman lighthouse keeper at Sandy Hook:

There have been no fewer than 18 different lighthouse keepers at Sandy Hook Lighthouse during the 19th and 20th centuries, in addition to the first keepers who served in the 1700s. But there has only been one official and paid woman keeper, and that was Sarah Johnson, half of the brother-sister team that manned the lights protecting New York Harbor from 1867 to 1885. But Sarah stayed on after retiring from that difficult job and was still active on Sandy Hook until 1898. 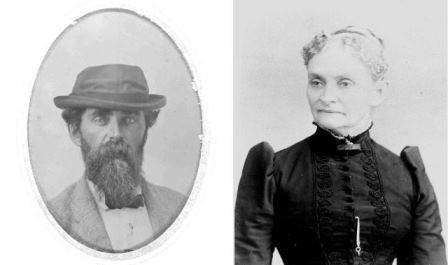 Charles W. Patterson took over the main light-keeping position from Uriah Smalley in 1861 and his sister Sarah was hired as assistant six years later. Two years after that, Samuel P. Jewell also became a second assistant, working alongside Sarah.

There was no doubt assistant lightkeepers were essential, since maintaining the beacon required a lot of work, time and care.  It was important to keep a bright light regardless of the weather; the light was fueled with kerosene oil to keep the Fresnel lens bright, and the oil had to be carried up the stairs to the light….all 108 steps from base to the top. 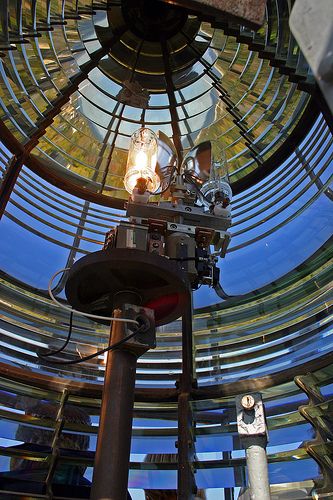 Sarah was born Feb. 29, 1832, married James Johnson in 1856 and had two children, both of whom died in infancy and she was widowed not long after, later taking on the position as lighthouse keeper. Records show she was paid $360 annually for her post.

During his years as keeper, Sarah’s brother Charles lived at the light with his wife, W Anker Patterson and their four children, sons Trevonian, Franklin and Edwin, and a daughter Mary. His first keepers during his 24-year tenure were Frank and Austin Patterson. Charles resigned in 1885 due to Bright’s disease, so Sarah left her position as well, but remained on the Hook teaching the children of the soldiers at the relatively new  Providing Ground.  Mr. Jewell was promoted to become the lighthouse keeper, remaining for a total of 40 years, the longest of any of those keepers in the Sandy Hook service. 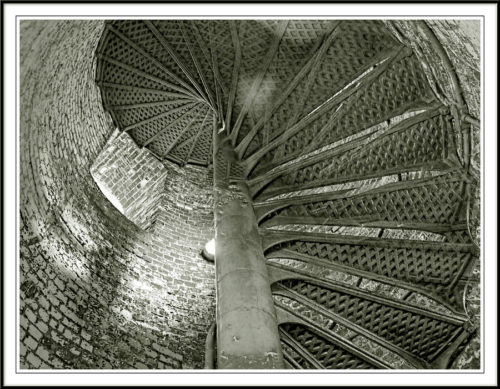 Sarah remained at Sandy Hook after leaving the lighthouse until all civilians were ordered off the base because of the Spanish-American War. She then retired to her hometown of Howell, where she died in 1909. Charles’ daughter Mary grew up and served 30 years with the US Life-Saving Service, Station Number 1, located at Sandy Hook, continuing a long-time family service to the sea.

Sarah lived through some interesting times on the peninsula. She saw the Sandy Hook Proving Ground be officially established in 1874, was on the Hook in 1894 when the lights were first electrified, thanks to help from the Gedley Channel buoys which were electrically powered. She was still there in 1903 when the power was switched back to kerosene gas because the buoys were converted to gas. It was the same year a mortar exploded at the proving ground and 15 tons of metal poured down all over Sandy Hook.

Electricity was not returned to the lighthouse until 1925 and in 1941, the Sandy Hook Lighthouse came under the jurisdiction of the US Coast Guard.

Sarah Johnson died in 1909 and is buried at the cemetery of the Ardena Baptist Church, where she had been a lifelong member.

A plaque honoring Lighthouse keeper Johnson is situated at Sandy Hook near the lighthouse.

Historian Mary Rasa, who has studied and researched the Patterson family extensively, will speak about Women Lighthouse keepers Tuesday, March 9 sponsored by the Monmouth County Library.

Contact MonCOLib.org to register for this virtual free program.