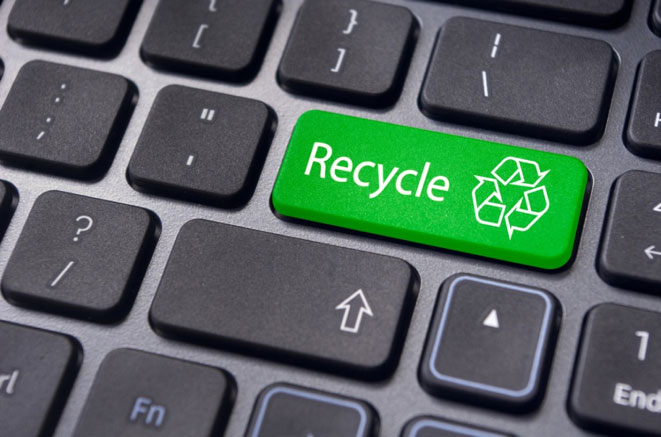 Recycling and upcycling are noble and worthy of our best efforts as humans. Keeping plastic, glass and aluminum out of the regular landfill has been a huge step to keeping this planet healthier. Taking old wooden pallets and turning them into usable furniture is furthering that pursuit. There’s communities, magazines, websites and TV shows dedicated to the idea of upcycling.

Don’t throw it out…keep it alive a while longer.

That’s what we should be doing with our computers. As many are painfully aware, most electronics seem to have a shorter lifespan than when we were growing up. I remember the same copper-colored refrigerator my entire life until I moved out of my parents’ house at 19. Sure, we had the repair guy over from time to time, but my parents kept that baby running until the point where ice just never formed in the ice trays. OK, time for a new one. 22 years in total. Not a bad run. Since I’ve been in my own house, I’ve had 4 over a span of 26 years.

Sure, I could have called the repairman to fix our first broken fridge, but the cost of the service call and the parts were almost ½ of the replacement cost. “Maybe we should just get a new one,” I ask my wife. So we did. We could have gotten a repair man to fix our 2nd broken fridge, but we hated the 2nd one. It wasn’t made very well and we felt like they were all made that way and 5-6 years was a good run.

We are a disposable society and we all keep the cycle of buying and trashing electronics and home appliances alive and well. All the repair places are gone as we all just simply replace what we have instead of prolonging its life. 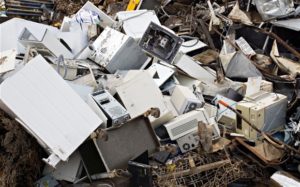 Except when it comes to your computer.

Unlike a fridge, dishwasher or clothes dryer, your computer has a personality. The programs that are installed, where the icons are located, the saved logins for all the websites you visit and even how the left shift key sticks sometimes. Each one is unique and while not perfect, they work for us. The idea of getting a new computer, while exciting, is also fraught with anxiety; do I need to buy those programs again? Where are my icons? No, I don’t remember my passwords for the bank, Amazon, eBay, Facebook or the community website! Arghhhhh.

What if you could keep that computer running a few more years? What if everything was where you like it and you didn’t have to change a thing? What if it was the same…but ran 8-10 times faster? That’s what happens when you upgrade your computer using the not-so-new-but-now-affordable Solid State Drive (SSD).

An SSD is a non-mechanical hard drive that replaces the old, spinning hard drive…the cause of your computer’s slowness. For those old enough to remember floppy disks, when flash drives came along the speed difference over floppies was staggering. Same thing with SSD drives. Your existing hard drive can be literally cloned onto the newer, faster SSD and the results are…well, staggering.

Laptops, desktops, PCs or Macs can all be upgraded to SSD to squeeze another 2-4 years out of them…or to just give the computer a major boost of adrenaline. We have taken computers as old as 7-9 years and made it possible for them to continue to serve their owners. And now running better than ever. Not all computers are candidates for this upgrade; they need to have “good bones”. That is, a good Intel or AMD processor and be in generally good health.

So think about it…are you ready for a new computer, but really would just prefer to keep the existing one running longer? Consider upgrading what you have and keep it out of the landfill for now.