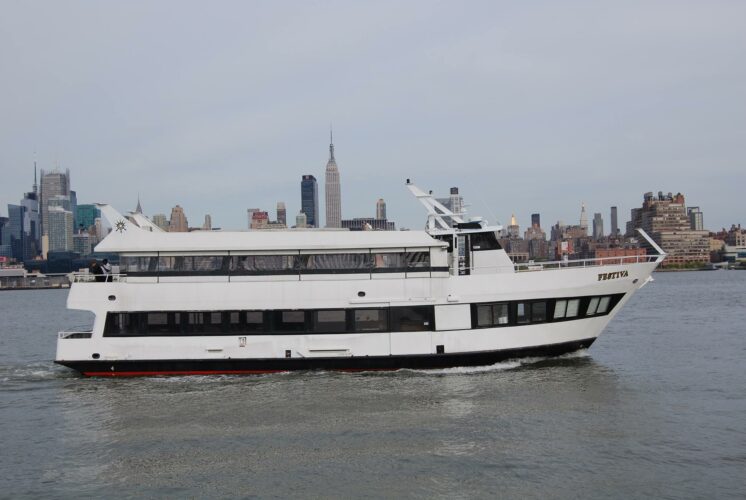 The Festiva Motor Yacht and event host & emcee Lori Anne Oliwa invite the public for a relaxing sunset cruise on the Navesink & Shrewsbury Rivers, while enjoying a rare appearance with the inimitable Michael Ghegan, an international recording artist and musician known the world over for his soulful sounds on the saxophone. Although most well-known for his soulful and emotionally-evocative style on the saxophone, Ghegan is also a sought-after keyboardist, vocalist, arranger, programmer and producer.
TICKET LINK FOR THE CRUISE IS: https://fareharbor.com/embeds/book/tealcruises/items/371308/?full-items=yes&flow=261246
Ghegan's musical adventures have taken him from intimate performances for the President of the United States to on-screen collaborations with Elton John to arena shows with Aerosmith. Michael has played all over the world, entertaining crowds from Finland to Tokyo, South Africa to Russia with artists ranging from The Allman Brothers to Jamiroquai. Michael has been the musical director and band leader for Comedy Central’s “The Chris Wylde Show.” He has been the featured saxophone soloist/keyboardist with Grammy Award-winning, multi-platinum selling and Rock ‘n’ Roll Hall of Fame recording artists Justin Timberlake, Michael Bolton, Colin Hay, and Keiko Matsui. He recently toured internationally as keyboardist and saxophone soloist with Cirque Du Soleil’s first arena production of “Saltimbanco.”
Michael’s self-titled debut solo album showcases his skill and versatility. From the upbeat yet stirring “More to Give” to the rich and smooth “…Should You Stay” to the hauntingly beautiful “If Fortune Lied” (dedicated to a friend who died in the World Trade Center on Sept. 11), the album spans the spectrum of musical movement with grace and agility. All songs on the album were written by Ghegan himself, and in addition to playing saxophones on the album, he also handles keyboards, drum programming, acoustic guitar, electric guitar and flute with equal skill.
Award-winning pianist Keiko Matsui guests on the CD along with drummer Michael Bland (Prince) and bass guitarist Mel Brown (Marc Anthony).
Michael is also the president and founder of Bluetone Productions, a music and sound design production company, providing music programming and full service original sound design for everything from artist albums to feature film scores. Michael also writes and produces music for popular television shows, including Extra, Ellen DeGeneres, TMZ, Entertainment Tonight and The Bachelor.