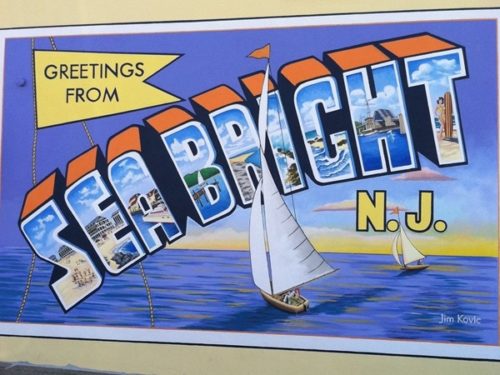 Highly celebrated celebrity chef and New Jersey native, Chef David Burke, will open his newest culinary experience– Drifthouse Restaurant by David Burke Bar and Grill– this spring at the Driftwood Cabana Club in Sea Bright. In partnership with the Stavola Family, owners of Driftwood, the restaurant is expected to launch in March and will be open to the public year-round. It will be located in the space now occupied by Ama Ristorante, which will undergo a redesign, and feature a new concept and menu created by Chef Burke. It will be Burke’s first oceanfront restaurant at the Jersey Shore and the kitchen will be led by Executive Chef Robert Burke, David’s brother. 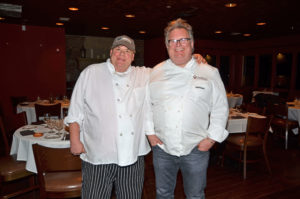 In a statement, the Stavola family says “We are very excited about our partnership with David Burke. Like our family, Chef Burke has deep ties to New Jersey and he values family and tradition. We’re looking forward to our collaboration with David and thrilled to bring this new dining concept to the Jersey Shore.”

The Stavola family has owned and operated Driftwood Cabana Club, a private beach club, since 1957. 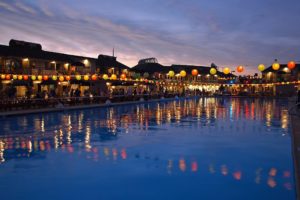 Chef David Burke stated, “It’s my goal to bring a true culinary experience to the Drifthouse Restaurant.  A quality dining experience should be flavorful, beautiful and memorable, and that is what we will strive for every day. It’s a real treat to work with my talented brother, Chef Robert Burke, and together we should be a tour de force on the Jersey shore.”

Chef Burke, the former owner of Fromagerie, Rumson, is one of the leading pioneers in American cooking today. A graduate of the Culinary Institute of America, Burke’s career is marked by creativity, critical acclaim and the introduction of revolutionary products and cooking techniques. He is the winner France’s coveted Meilleurs Ouvriers de France Diplome d’Honneur, the only American to ever achieve this honor, and has also won the Nippon Award for Excellence from the government of Japan, for overall skill and technique.  He has appeared on several TV shows, including Bravo’s Top Chef Masters, and has received a US patent for his pink Himalayan salt dry-age technique for steaks.

In September 2016, David Burke opened BLT Prime by David Burke in the Trump International Hotel in Washington D.C. Tavern62 by David Burke, a modern American tavern, is his newest collaboration that opened in October 2016 in New York City’s Upper East Side.

Ama Ristorante will remain open until the transition to Drifthouse Restaurant takes place in early March.

Ama’s fans can expect the same attention to detail, a devotion to quality products and dedication to seasonal local foods while available, outstanding service and fabulous oceanfront location. Drifthouse Restaurant will offer new expanded hours and a new seating arrangement including an exciting sunset dining area. Also, the interior will feature a new fresh décor that embraces the unique oceanfront location and whimsical art hand-selected by Chef Burke.  Drifthouse Restaurant will be opening daily for dinner at 4 pm including happy hour at the bar room, also serving outdoor dining, private dining rooms and a superb Sunday brunch.